Gas Prices Rising Due to Increase in Demand 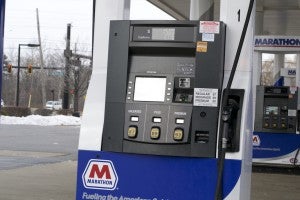 Gas prices continue to rise as demand increase in the U.S.

Rising demand is helping push up the price of gasoline by an average of 5 cents per gallon across the U.S.

The federal Energy Information Administration’s latest data indicates consumer gasoline demand is at 9.857 million barrels per day, which is at the highest level ever on record for the month of April and exceeds typical summer demand measurements, driving up prices at the pump all across the U.S, according to analysts at AAA.

As demand jumped, gas prices increased across the country on the week with five states seeing double-digit increases and the national average ticked up a nickel to $2.76, AAA reported. Overall prices are at the highest level in three years.

“Pump prices are causing sticker shock across the country,” said Jeanette Casselano, AAA spokesperson. “Gas is selling at $2.26 or more at every gas station in America. More so, 13% of stations have pump prices set at $3 or more.”

(Gas prices rise as temps do the same. Click Here for the story.)

President Donald Trump blamed OPEC for the rise in gasoline prices in the U.S.

West Coast states primarily have the most expensive gas price averages, more than $3 per gallon. However, on the East Coast, Pennsylvania at $2.97 is inching closer to that same threshold.

At the close of Friday’s formal trading session on the NYMEX, WTI increased 9 cents to settle at $68.38, which is the second highest close for WTI since Dec. 1, 2014.

The price of crude was more volatile at the end of last week in response to President Trump’s tweet that criticized OPEC’s efforts to restrict global crude supply and raise the price per barrel, but later in the day, crude prices rebounded to the highs they experienced earlier in the week. The jump in price per barrel occurred after EIA weekly report revealed that crude inventories across the U.S.  dropped by a combined 1.1 million barrel.

They now sit at 427.6 million barrels – nearly 105 million barrels lower than their level in mid-April 2017. If EIA’s report this week reveals another inventory draw, crude prices are likely to continue climbing, AAA noted.

The year-over-year decline in oil inventories is a result of OPEC’s agreement with large non-OPEC producers to reduce crude production by 1.8 million barrels per day which was put into place January 2017. The agreement is supposed to remain in effect until the end of 2018.

However, last week Russian Energy Minister Alexander Novak said that producers in the agreement may begin easing output curbs sooner because the agreement has cleared out the glut of crude that the producers aimed to reduce.

Saudi Arabia, a leading member of the cartel, is likely to push back on any efforts to end the production reduction agreement prior to the end of the year because could reach $80 to $100 by that time in response to rising global demand, analysts said.