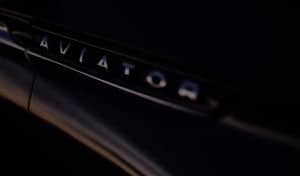 The new Lincoln Aviator will debut at the New York International Auto Show.

On the heels of the announcement last week by the Ford Motor Co. that it plans to spend $7 billion to bring new SUVs to showrooms, Lincoln is preparing to show off the production ready version of the all new Lincoln Aviator at the New York International Auto Show.

The Lincoln Motor Co. offered few details about the launch, but said the debut a production preview of the all-new Lincoln Aviator will happen Wednesday, March 28 in New York.

The Aviator, going on display in New York, is the first of two all-new utilities that Lincoln will bring to market in the next two years as it grows its utility portfolio and commits to electrification across its lineup globally.

In all, Ford executives said last week that Lincoln will have a total of four new SUVs in its line as Ford rebuilds its product portfolio by the end of 2020.

The new Aviator is expected to fit between the Lincoln Nautilus, which is due hit showrooms this spring and the Lincoln Navigator, which is set debut in showrooms last fall. The Navigator has already been judged a huge success for Lincoln and Ford has been forced to scramble to add more capacity to meet demand for the vehicle, which is commanding average of transaction prices of more than $100,000.

The challenge for marketing the Aviator is that other luxury brands such as Lexus, BMW and Mercedes Benz have well established entries in the segment. In addition, Lexus, BMW and Mercedes-Benz as well as General Motors’ Cadillac division are also preparing new SUVs to compete for buyers willing to spend extra for a luxury SUV.

(Click Here for more about the product influx coming from Ford.)

Lincoln also is expected to rollout a version of the Aviator in China where demand for luxury SUV has been growing steadily.

The entry of the Aviator into the SUV market is expected to help boost its margins to 8% across the company’s product line that Ford CEO Jim Hackett said last week is one of the company’s top objectives over the medium term.