New engine will find its way across the company's product portfolio. 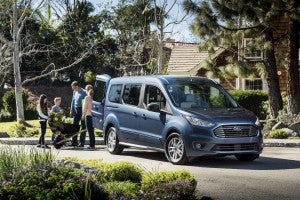 German automakers were lambasted by the editorial writers at the influential news magazine Der Spiegel for their extensive efforts to defend the diesel engine as the be all and all of a new powertrain line-up provides greater customer choice with a class exclusive diesel engine.

The editorial said that the German automakers including the Volkswagen Group, BMW and Daimler AG, had sacrificed their credibility of the diesel engines that have not lived up to their billing.

Nevertheless, the Ford Motor Co. is moving forward with plans to bring a new small diesel engine to the United States in its next generation Transit Connect Wagon.

The diesel engine is paired with an all new 8 speed automatic transmission to maximize the performance of the engine. A new 2.0-liter four-cylinder gasoline engine with direct injection comes with Auto Start Stop as standard equipment. It too comes mated to the al new 8-speed automatic.

The new 1.5-liter engine in the Transit Connect, which is equipped with a Urea-system designed to limit noxious emissions meets all the federal and California emission standards, Ford engineers told TheDetroitBureau.com.

The 1.5-liter engine available in the Transit Connect is part of a family of diesel engines, including the 2.0-liter and 3.0-liter engines, which will soon be available in the Ranger and the F-150 that are built at the Ford of Europe engine plant in Dagenham, England. The plant also builds engines for Jaguar Land Rover.