VW “drawing the consequences” of the disclosure about the tests. 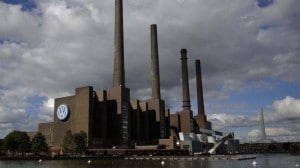 VW fired a top executive for his role in testing the effects of diesel emissions on monkeys.

A new scandal at Volkswagen AG already has claimed one company’s top representatives.

Thomas Steg, head of external relations and sustainability, was relieved of his duties after acknowledging that he knew the company was using live monkeys to test the effects of emissions from diesel vehicles.

Steg, a former government spokesman, who worked for German chancellor Angela Merkel and her predecessor Gerhard Schroeder, is the first person to be relieved of his duties as VW said it was “drawing the consequences” of the disclosure about the tests, which have rocked the German car industry and government.

Volkswagen’s supervisory board called for an immediate inquiry into who commissioned tests in which monkeys were exposed to toxic diesel fumes, while the German government said such studies were unjustifiable.

“I will do everything possible to ensure that this matter is investigated in detail,” Volkswagen supervisory board Chairman Hans Dieter Poetsch said in a statement on Monday.

“Whoever is responsible for this must of course be held accountable,” Poetsch said in response to a New York Times report on Friday that German carmakers had used an organization called European Research Group on Environment and Health in the Transport Sector (EUGT) to commission the tests.

The tests were reportedly conducted in 2014 were designed to help defend diesel engines after other studies of public health indicated that diesel emissions are carcinogenic, the Times said.

(Click Here for details about contract talks between IG Metall and German automakers.)

VW initially tried to distance itself from the institute; however, Steg and other VW managers apparently were informed about the testing before and after it was carried out.

Steg has cited as a senior manager who knew that the experiments in document seen by German media. The papers indicated that he knew about the tests in 2013.

The tests on the monkeys were apparently sidetracked after Volkswagen AG was engulfed in scandal, involving the company’s cheating on emissions tests in the U.S. and elsewhere.

The tests were carried out in May 2015 by the New Mexico-based Lovelace Respiratory Research Institute involved locking 10 Java monkeys into special chambers as the emissions from diesel engines were slowly pumped in the chambers.