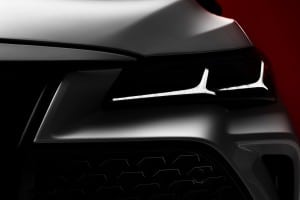 Toyota plans to take the wraps of its next-generation Avalon at the Detroit Auto Show next month.

Toyota Motor Corp. is going to have a full schedule at next month’s North American International Auto Show as the automaker revealed it will have a second major product debut in Detroit.

The Japanese automaker will premiere its all-new 2019 Avalon Monday, Jan. 15, during the 2018 NAIAS. The fifth generation Avalon shares the new platform utilized by the Toyota Camry and will be built at the automaker’s big assembly complex in Georgetown, Kentucky.

Last week, it was revealed that Lexus plans to unveil a new concept vehicle in Detroit as well.

The new 2018 Toyota Camry is is built at the same Georgetown, Kentucky, plant as the next-generation Avalon.

Besides being built in Georgetown, the new Avalon was engineered at the Toyota Technical Center outside Ann Arbor, Michigan, and designed at the Toyota’s CALTY design center in Southern California.

As a cousin of the Camry, the new Avalon will also have a new suspension, which is expected to improve its overall driving dynamics, Toyota officials noted.

Carter said the redesigned Camry has managed to protect its place in the American market despite the growing popularity of utility vehicles. The Camry has helped put some new vitality into the mid-sized segment, Carter said during an appearance in Detroit.

(Click Here for details about Toyota’s warning to its Georgetown employees.)

The Avalon was developed in the early 1990 to compete against the full-sized sedan from its American competitors. Consumer demand for full-sized automobiles has dropped even more than the demand for mid-sized cars as consumers have shifted to crossover vehicles and sport utility vehicles, which are widely considered more practical than traditional sedans.

While the Avalon initially was developed for the North American market it is also exported back to Japan as well as to the Australia and Middle East.

The shift was underscored by during the press days of the Los Angeles Auto Show where SUVs completely dominated the list of new vehicle introductions.