Most hope to make it standard by early in next decade. 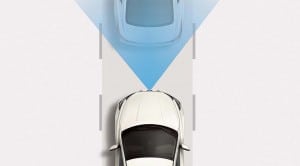 Automatic Emergency Braking, or AEB, is designed to step in when a driver misses a potential collision.

Its been shown to reduce the odds of a frontal crash, saving lives and preventing serious injuries in the process, and a new study finds that automatic emergency braking is rapidly becoming standard gear on cars sold in the U.S.

A number of automakers have, in fact, set out a goal of adding AEB to all of their products well ahead of the 2022 target most manufacturers agreed to as part of a precedent-setting industry-government consortium unveiled last winter.

“IIHS is pleased to see that automakers are steadily moving toward the shared goal of putting standard AEB into every new car they sell,” said David Zuby, executive vice president and chief research officer of the Insurance Institute for Highway Safety, which conducted the latest study with the National Highway Traffic Safety Administration. “This is a big win for safety on our nation’s roads, which will see fewer crashes and injuries because of this commitment.”

The IIHS earlier this year issued a series of studies that found new ADAS – short for Advanced Driver Assistance Systems – technologies like Lane Departure Warning and Blind Spot Detection, or LDW and BLIS, are helping to sharply reduce the number of crashes on U.S. roadways, in the process curbing injuries and reducing deaths. 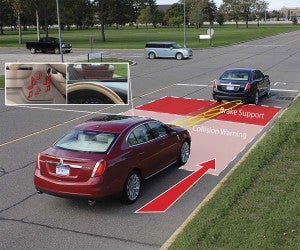 And the industry safety group said it saw significant potential for other ADAS systems, such as Forward Collision Warning, or FCW. That technology uses various sensors, including cameras and radar, to monitor traffic ahead. In the event it senses a potential collision it signals the driver to brake or steer clear.

More advanced versions can also spot pedestrians and even animals. And AEB adds another dimension. It will first sound an alert if a potential collision is spotted, then begin applying the brakes if the driver doesn’t react quickly enough.

Yet other variants are being introduced, including versions of AEB that can try to steer around a potential collision.

The goal of the consortium announced by 20 automakers last year is to have some version of AEB standard on essentially all of the vehicles they sell in the U.S. by 2022.

(Click Here to see why pedestrian deaths hit a new high in 2016.)

“By proactively making emergency braking systems standard equipment on their vehicles, these 20 automakers will help prevent thousands of crashes and save lives,” Obama Administration Transportation Secretary Anthony Foxx said during an announcement at the 2017 Detroit Auto Show. “It’s a win for safety and a win for consumers.”

The new IIHS/NHTSA report says that four of the 20 automakers already made AEB standard on at least half of their 2017 model-year vehicles. Another five had the technology on at least 30% of the 2017 models they produced.

By 2025, a point at which AEB is expected to be all but universal on new vehicles, IIHS and NHTSA estimated the technology will prevent 28,000 crashes and 12,000 injuries annually.

(To see more about Volvo tapping the brakes on its autonomous vehicle program, Click Here.)

“The growing number of vehicles offering automated emergency braking is good news for America’s motorists and passengers,” said U.S. Transportation Secretary Elaine Chao. “With each model year, manufacturers will increasingly utilize technology to allow vehicles to ‘see’ the world around them and navigate it more safely.”