Former VW manager Oliver Schmidt pleaded guilty as part of diesel gate, but now says in a letter to the judge he was used by the automaker.

Former Volkswagen executive Oliver Schmidt, the second person to admit guilt in the automaker’s diesel emissions scandal, was sentenced to seven years in prison for his role in VW’s diesel scandal in Detroit today.

Schmidt, seeking some leniency in his sentencing, wrote a letter to the federal judge hearing the case claiming he was “misused by VW.”

Lawyers for both sides argued about level of Schmidt’s involvement in the scandal. Ultimately, the judge sided with prosecutors sentencing him to seven years rather than the 40 months his lawyers were seeking.

In August, Schmidt pleaded guilty for his role in coming up with a “defeat device” meant to fool U.S. emissions tests involving vehicles using two of the German automaker’s diesel engines. VW acknowledged the scam in September 2015, triggering the recall of almost 600,000 vehicles sold in the States. The automaker has since committed to fines and other expenses that could ultimately cost it around $30 billion.

While Schmidt’s lawyers say he “accepted full responsibility” for his role in the subterfuge, he has written to federal judge Sean Cox asserting that, “I must say that I feel misused by my own company in the diesel scandal or ‘Dieselgate.’”

In all, eight Volkswagen employees have been charged in the U.S. for their role in the scandal, with another arrested earlier this year in Germany – where an ongoing investigation is looking at the role of senior executives including former Volkswagen Group CEO Martin Winterkorn. All those charged so far are mid-level managers.

In September 2016, James Robert Liang, a 62-year-old VW engineer who had spent 25 years working in the diesel development department, pleaded guilty to wire fraud. He was later sentenced to 40 months in prison.

Schmidt was arrested late last year while transiting between a holiday break in the Caribbean and his home in Germany. The other VW employees facing felony charges remain in Germany where they are not subject to extradition. 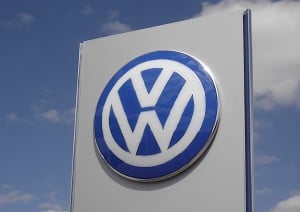 Volkswagen AG is expected to pay approximately $30 billion in fees and fines related to its diesel scandal.

(VW confirms 2020 launch of all-electric SUV in the U.S. Click Here for the story.)

Schmidt ran VW’s environmental and emissions department in the Detroit suburb of Auburn Hills when the automaker developed illegal software designed to evade emissions tests. In the years before the scam was revealed, about one in five vehicles sold in the U.S. used either the rigged 2.0- or 3.0-liter turbodiesels.

VW had claimed the engines could deliver great performance and fuel economy while producing minimal levels of pollutants. In real-world use, the VW diesel vehicles actually emitted as much as 40 times higher levels of emissions like smog-causing oxides of nitrogen than the law allowed.

About 600,000 vehicles sold in the U.S. by the Volkswagen, Audi and Porsche brands were found to be equipped with the defective engines, while 11 million were sold worldwide.

The 48-year-old pleaded guilty to three felony counts linked to the development and installation of the software in August. And in papers filed with the federal district court in Detroit last week, prosecutors said Schmidt followed a “script of deception” meant to keep the government in the dark about the defeat device technology.

In a letter to Judge Cox first revealed by German newspaper Bild am Sonntag, Schmidt said he met with Alberto Ayala, a member of the California Air Resources Board, whom he misled about the illegal scheme. Schmidt claims he followed talking points provided him by VW management and a senior company lawyer.

“In hindsight, I should never have agreed to meet with Dr. Ayala on that day,” he wrote the court.

Schmidt will be sentenced by Judge Cox on Dec. 6. Prosecutors are asking for a seven-year term, though defense lawyers are asking for 40 months. The former VW exec will get credit for the year he has now spent in a Michigan jail.

VW itself has pleaded guilty to numerous federal felony charges related to the diesel emissions scam. It has paid out billions in fines and is running a buyback program for many of the affected models. But it has also received permission to make repairs to later version of products like the VW Golf TDI. Owners will get payments whether or not they qualify for repair or buyback.

An investigation into the scandal continues in Germany and several other countries. Prosecutors in Braunschweig, near VW’s headquarters in Wolfsburg, Germany, are looking into allegations that top executives delayed releasing details of the scandal to try to reduce its impact on company stock. Among those facing scrutiny, former CEO Martin Winterkorn resigned weeks after the scam was revealed by the U.S. Environmental Protection Agency.