Debut in Detroit to signal shift in design, performance direction. 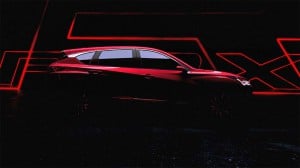 Acura will give us a more detailed look at the 2019 RDX Prototype in Detroit next month.

It was the first of the Japanese luxury brands but Acura has been struggling to catch up to newer siblings Lexus and Infiniti in recent years, and is hoping that with the upcoming launch of the 2019 RDX sport-utility vehicle it will finally shift into high gear.

Taking aim at one of the U.S. market’s fastest growing segments, the compact ute picks up on some of the key design cues first seen with the Precision Concept first shown at the 2016 North American International Auto Show. This teaser image gives us a hint of what we’ll see when the latest “prototype,” really a thinly disguised production model, makes its debut in Detroit on January 15, 2018.

“Representing the most extensive Acura redesign in more than a decade, the new RDX is the first in a new generation of Acura products inspired by ‘Precision Crafted Performance’ and signals the beginning of a new era for the luxury automaker,” or so declares a statement accompanying the RDX teaser image.

In years past, Acura might have wanted to use the bigger and more expensive MDX model to usher in a major shift in direction for the brand, but the RDX slots into a compact segment that is drawing a flood of new buyers – along with an onslaught of new competitors. 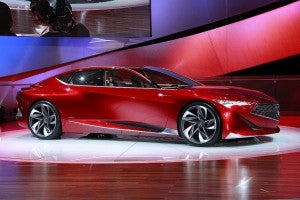 (Acura roars into SEMA Show with NSX Racers. Click Here for the story.)

The RDX has been gaining ground for the better part of the decade, despite the new competition, setting five consecutive years of sales growth, in fact. So, Acura clearly wants to keep that momentum going with the third-generation ute.

While it’s difficult to make out much from the carefully Photoshopped teaser, the new ute picks up on the sort of coupe-like, floating roofline that has become all the rage of late. But it’s no copycat design. The side view image picks up a distinctive character line that that appears to rise off the wheel well, flowing through the door handles and into the rear lamps. A second accent line images from the rear door and dips just below those taillights.

The 2019 Acura RDX Prototype appears to pick up a number of creases and curves, though they flow a little more harmoniously than we’ve seen on some key Japanese competitors.

Up front, we’re willing to bet it will adopt some version of the current Acura “diamond pentagon grille, as well as the multi-bulb, slit-like LED headlamps that first appeared on the reborn NSX supercar. We get a hint of that framed by LED front accent lights that get a distinctive kick at the corner.

Inside, Acura chief John Ikeda made it very clear with the debut of the Precision Concept that the brand will be upgrading its cabins. More interior space? Likely. Nicer materials, all but a certainty. We’re also counting on an upgraded infotainment and safety technologies. 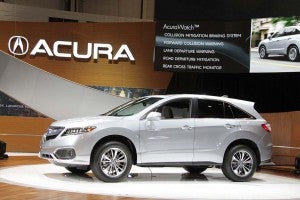 As for what will motivate the 2019 remake, the outgoing RDX features a peppy 279 horsepower 3.5-liter V-6. The new model is widely expected to adopt a smaller, more modern driveline, most likely a version of the 2.0-liter turbo-four we are seeing in the latest Accord. The sedan features Honda’s new 10-speed automatic, so it would be a safe bet that this would be carried over by Acura. All-wheel-drive is all but a certainty, at least in optional form.

Some reports have hinted the RDX will also et Acura’s Integrated Dynamics System, allowing a motorist to adjust all manner of vehicle settings, including steering, throttle and transmission.

(To see the “radical shift” Infiniti is bringing to Detroit, Click Here.)

When we come to pricing, the RDX currently starts at just under $37,000 in front-wheel-drive configuration, and around $40,000 with all-wheel-drive and a reasonable level of content. That’s pretty much in the sweet spot of the compact luxury SUV segment and don’t expect to see it push up much with the 2019 remake. Despite what’s likely to be a more luxurious vehicles, Acura is going to have to avoid pricing the 2019 RDX out of that sweet spot. Look for more on pricing and other details next month from Detroit.