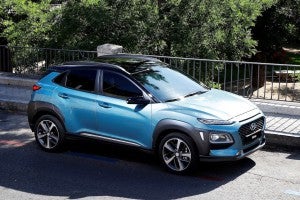 The debut of the Hyundai Kona in the U.S. could be in jeopardy due to a strike by workers in South Korea.

At a time when SUVs dominate the American automotive market and are gaining traction across the globe, Hyundai has been caught short. The Korean carmaker is hoping to regain momentum with the launch of an all-new third utility vehicle, but the launch of the 2018 Kona could be off to a bad start as workers in Seoul shut down production.

Union leaders called for a walkout to challenge what they believe are job cuts coming on the assembly line at Hyundai’s big home market assembly plant. And they’re warning that the strike could get even bigger, according to the Reuters news service.

Relations have traditionally been tense between Korean workers and management, though after some relatively peaceful times there have been a number of confrontations during the last two, including shutdowns at plants run by both Hyundai and its sibling brand Kia.

The threat of confrontation has been building for several months as the two sides got down to bargaining about an annual pay deal. Complicating matters, Hyundai has been discussing production plans for the new Kona model.

The Kona is meant to slide into the lower tier of the SUV market, targeting products like the Honda HR-V, the Jeep Renegade and the upcoming Ford EcoSport. Set to join the larger Hyundai Tucson and Santa Fe utes, the company says Kona “offers the same all-round ability and innovative design to suit the lifestyle of the modern customer.” In particular, that means Millennials on a budget.

Hyundai plans to officially reveal the new Kona at the Los Angeles Auto Show this week. It desperately needs the new model. One of the fastest-growing brands in the American market during the country’s economic recovery, Hyundai has lost momentum, analysts largely pointing to its limited line-up of SUVs at a time when utes account for nearly half of all new vehicle sales – an upward trend expected to continue for at least a few more years.

The Kona is already on sale in Korea, where it has received a strong reception, so Hyundai officials are particularly worried about the impact a strike could have if it delays the launch of the new model in the States, the carmaker’s largest global market.

(To see more about Hyundai’s plans to update its utility vehicle line-up by 2020, Click Here.)

The strike had already cost production of about 1,230 of the vehicles by Tuesday, according to Reuters, leading Hyundai Motor President Yoon Kap-han to lament the impact of the confrontation at a time when company plants already are “suffering from the worst sales slowdown” Hyundai has suffered in years.