Automaker looking to cut capacity by 25% in Japan. 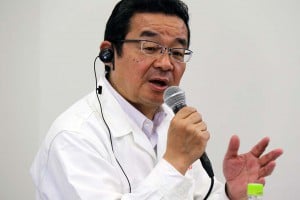 Japanese automaker Honda is shuttering its Sayama plant, north of Tokyo, in 2022 as the company shifts its focus to the production of electric vehicles.

CEO Takahiro Hachigo outlined the company’s plans today saying that due to sluggish auto sales in Japan, the company needed to reduce production levels and refocus on EV manufacturing to meet the ever-toughening demands of different markets around the globe.

The closure of Sayama pushes the company toward its goal of cutting capacity by 24% in Japan. It will shift the plant’s output to its site in nearby Yorii, as well as most of the employees. The Sayama plant was capable of producing more than 250,000 vehicles annually, as is the Yorii site.

The overall vehicle output will drop to 810,000 units from 1.06 million, Reuters reported.

(Honda investing big in future of Accord. For the story, Click Here.)

“As we focus more on adopting electrification and other new technologies, we want to hone our vehicle manufacturing expertise in Japan and expand it globally,” CEO Takahiro Hachigo told a press conference.

The Yorii plant will also act as the center of electric vehicle production for the automaker, which has been slow to take on EVs as a critical part of its portfolio. However, it now wants two-thirds of its production to be electric vehicles by 2030.

“The automobile industry is undergoing an unprecedented and significant turning point in history. That’s why Honda is undertaking new technologies such as electrification and intelligence technologies.”

Read our review of the best Honda Extended Warranty options

Like its primary rival, Toyota, Honda has been a late adopter of EVs. However, it has been making up for lost time. Last month at the Frankfurt auto show, the maker unveiled its Urban EV Concept, a small city car expected to go on sale in Europe in 2019.

(To see more about the reveal of the new CR-V hybrid, Click Here.)

The company also plans to debut the Sports EV Concept at the Tokyo show later this month. The Sports EV is a small, rear-slung performance EV based off the same platform. Honda is also readying an EV for the Chinese market next year. It will be produced there.