Action taken to fix airbags that deploy for no reason. 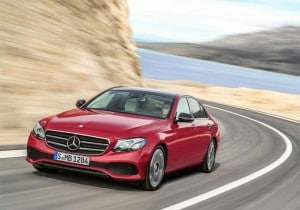 The 2017 Mercedes-Benz E-Class is part of Daimler's recall of 1 million vehicles to fix an airbag problem.

Daimler AG is recalling more than 1 million Mercedes-Benz vehicles around the world to resolve a problem causing airbags to unexpectedly and unnecessarily deploy in the affected cars and sport-utility vehicles.

The company said 400,000 vehicles in Great Britain and “a few hundred thousand” in Germany were impacted as well, but it doesn’t have a complete total yet.

The recall affects 495,000 vehicles in the U.S. and 76,000 in Canada, according to officials. No deaths or severe injuries, just “a handful of instances” of “minor abrasions or bruising” have been reported resulting from the unintentional deployments. 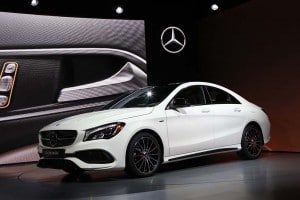 The latest version of the Mercedes-Benz CLA is also impacted by the airbag recall.

The issue is not related to the massive recall of Takata air bag inflators worldwide. The recalls covers some 2012–18 model year A, B, C, and E-Class models and CLA, GLA and GLC vehicles. The repairs will begin before the end of the month.

Daimler announced the action just a day after it the board approved an action to split the company into two independent entities causing many to wonder if a full split isn’t looming on the horizon as a result.

“We are following a straight-forward strategy and have decided to examine a new divisional structure for our company against this backdrop, to make sure we are optimally prepared for the challenges in the new automotive era.”

(Daimler investing $1B to electrify SUV family. For the story, Click Here.)

The German maker said it will spend 100 million euros, or about $118 million, in order to facilitate the new structure. Separately, the Daimler board approved an agreement with its German labor union that will extend job guarantees through the end of 2029 and provide 3 billion euros to the group’s pension fund.