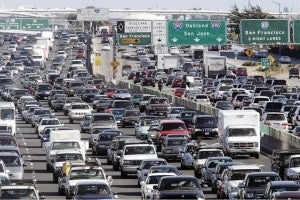 California is considering banning cars powered by internal combustion engines within the next 10 years.

Environmentalists are quietly pressuring the State of California to consider a ban on gasoline engines similar to the one being considered by the Chinese government.

However, Mary Nichols, chairman of the California Air Resources Board, told Bloomberg a ban a gas engines is at least a decade away.

California Governor Jerry Brown, one of the most outspoken elected official in the U.S. about the need for policies to combat climate change, is suggesting it is time to put a ban in place that would duplicate similar moves by not only China, but also by the United Kingdom and France.

“I’ve gotten messages from the governor asking, ‘Why haven’t we done something already?’” Nichols said, referring to China’s planned phase-out of fossil-fuel vehicle sales. “The governor has certainly indicated an interest in why China can do this and not California.”

(China ups pressure for automakers to go electric. For the story, Click Here.)

Brown is also gaining support from the National Resources Defense Council, one of the nation’s most influential environmental groups, which has noted that the Chinese ban has significantly altered the outlook for electric vehicles.

“China’s EV program, which is modeled after similar requirements in California and nine other U.S. states that have their own ‘Zero Emission Vehicle’ requirements, will dramatically expand the global market and drive EV costs down even faster,” noted Simon Mui, Simon Mui Director, of NRDC’s California Vehicles and Fuels, Energy & Transportation program. 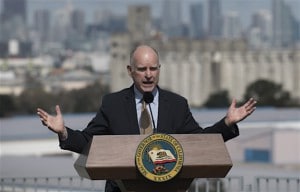 “Owing to China’s enormous auto market, estimated to now be one and a half times that of the U.S. market at 28 million units annually, its requirements could result in 1.2 million electric-drive vehicles annually by 2020. That’s eight times more than the volumes expected by the 10 U.S. ZEV states, combined,” Mui said.

Mui said while China has not set increased requirements for 2021 and beyond, one can expect to see further action taken as officials work to meet the national goals of achieving 20% EV sales by 2025, which would translate to 7 million vehicles annually in China.

China’s electric vehicle requirements follow its announcement, to ban the domestic production and sale of petroleum-based cars and follows similar steps by the United Kingdom, France, India, Norway and Germany that are taking action in response to the spreading diesel-gate scandal and the resulting impacts to air quality and public health.

While it’s far too soon to count out petroleum, trends in the auto industry may be quietly facilitating the beginning of the end as battery costs drop and automakers change product plans to include electric-drive technologies, Mui said.

(Will China ban the internal combustion engine? Click Here to find out.)

“With China’s announcement, the transition to EVs just accelerated in a big way,” Mui said.

Meanwhile, the regulators have definitely gotten the attention of car makers around the world.

Underlying the rising investment in EVs, is the belief that electric vehicles will play a central role in the development of ride-sharing and autonomous vehicles, which are now shaping the future plans for traditional automakers all over the world.