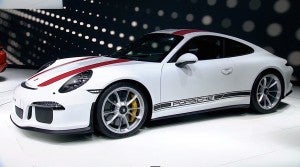 Porsche was not only top brand but also had three segments winner with products like the 911.

Live with someone long enough and you’re sure to find some things you’d like to change. The same is true with a car, truck or crossover. Yet, some vehicles seem to come closer to the mark right from the moment they’re driven off the dealer lot.

Which ones? That’s what research firm AutoPacific Inc. set out to determine with this year’s Ideal Vehicle Awards. It’s based on a survey of 54,000 motorists who own 2016 and 2017 vehicles who were asked what changes they would make to those products. And Porsche and Ford were the brands that came closest to getting it right, right from the start.

“Even the most satisfied owner would change something about their vehicle if given the opportunity,” said the research firm’s President George Peterson. “AutoPacific’s IVAs identify vehicles whose owners want the least amount of change – those that are truly hitting the mark with owners.”

(Who has the market’s most APEAL-ing vehicles? Click Here to find out.)

When it comes to luxury brands, Porsche hit it out of the park, according to the latest Ideal Vehicle Awards, landing the overall top spot, while also having its flagship Porsche 911 named the winner in the Sports Car category. And while best known for its sports cars, the Porsche Cayenne and Macan models topped all competitors in the Premium Luxury Crossover SUV and Large Crossover SUV categories. 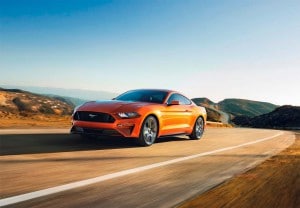 The 2018 version of the Ford Mustang. The Blue Oval won more awards than any other brand.

It’s no real surprise to see Porsche do so well. The German marque has been a perennial leader in a variety of surveys from both AutoPacific and J.D. Power and Associates. And it has been scoring well on both initial quality and long-term reliability, as well as on so-called Things-Gone-Right studies, such as Power’s APEAL survey, which look at the things owners like about their vehicles.

With Ford, however, the strong performance by the Blue Oval and its Lincoln sibling in this year’s IVA is something of a vindication. Ford had been a strong player, especially in terms of quality, until the early part of this decade. But it then ran into a series of problems, notably transmission issues, as well as usability snags involving its Sync infotainment system.

The Detroit maker has just started showing a rebound in owner surveys, including this year’s AutoPacific IVA, as well as Power’s most recent Initial Quality Survey. A big reason can be summed up this way: Sync 3. 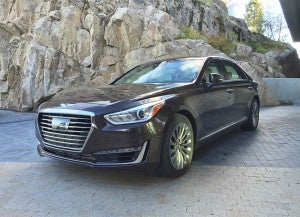 That major update – which saw a switch from Microsoft technology to an operating system designed by the company that produced the old Blackberry smartphone — “has gone a long way in contributing to Ford’s 2017 results,” noted a summary of the IVA survey. The system has won generally positive reviews for being both quicker and easier to use, as well as more robust.

No automaker did better in this year’s IVA, Ford was not only voted best “Popular Brand,” but also won in five individual segments, starting with the Mustang, named Ideal Sporty Car. (Check the full list, below.) The Lincoln MKZ made it six, topping the Luxury Midsize Car segment.

Other vehicles that hit the mark with their owners included the new Chrysler Pacifica, named Ideal Minivan, and the new Genesis G90, which toppled the traditional full-size Luxury Car leaders, such as the Mercedes-Benz S-Class and BMW 7-Series. The new Genesis brand, the luxury spin-off from Hyundai, has been delivering strong results in a variety of quality and Things-Gone-Right studies since its debut last year.