Three-unit plan could unlock value of each, analysts claim. 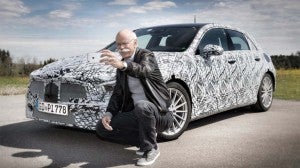 Mercedes is getting a new model. Not a new vehicle, but the brand may be split into three separate businesses in the near future, according to new report.

Daimler, Mercedes’ parent company, is developing a new corporate holding structure, according to Manager Magzin, a German business publication. The plan, which is being spearheaded by Daimler AG CEO Dieter Zetsche, is expected to be unveiled at the company’s general meeting in April 2019.

The rough cut of the plan divides Mercedes-Benz into three entities: cars and vans; trucks and buses; and financial services. The company’s mobility services will fall under the financial services unit’s umbrella. The move is designed to unlock the value of each unit.

CFO Bodo Uebber, whom the magazine said is also involved in the planning, will likely oversee the new corporate holding structure, as Zetsche is close to retirement, the magazine noted.

(Daimler gobbles up another mobile app company. For the story, Click Here.)

“Daimler is continually reviewing its optimal strategic positioning and structural set up so that it can respond to a changing competitive landscape and market,” the company told Reuters. 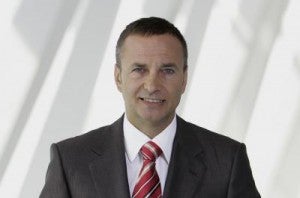 Daimler’s been tinkering with its overall structure for some time. In July, the company suggested it might split parts of its business into separate legal entities in a strategy overhaul. The move provides a lot flexibility and potential profitability.

That could prove useful as the company grows its Maybach brand as well as increasing the number of electrified models, as both are on Zetsche’s “to-do” list. The carmaker just unveiled its second Mercedes-Maybach offering, the Vision 6 Cabriolet to join the coupe.

Zetsche and other company officials have made no secret of their desire to produce more vehicles for that Maybach brand.

Additionally, the automaker is flooding the market with new vehicles. By the end of the summer, Mercedes will have a whopping 83 different products on sale in the U.S. That doesn’t include the new EQ models expected in the future.

There are a growing number of conventional hybrids and, by year-end, Mercedes will have 10 plug-in hybrid-electric vehicles, or PHEVs, on sale worldwide, seven of them here. The first EQ model will hit showrooms within two to three years with a full 10 due by 2022.

That kind of development and production requires a lot of cash, which may be easier to secure under this new structure.

Evercore ISI analysts predicted that the trucks and buses unit could be worth 31 billion euros ($36 billion). The German company’s total market capitalization is around 64.8 billion euros, according to Thomson Reuters data.