Chinese maker could seek a complete acquisition or just go for the lucrative Jeep brand. 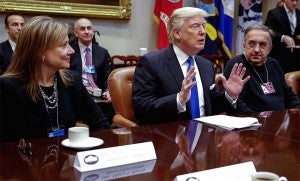 Chinese automaker Great Wall Motors is expected to make a formal bid to acquire all, or at least some of the assets of, Fiat Chrysler Automobiles, according to several reports out of Asia Monday morning.

The news comes a week after initial reports surfaced that FCA had rejected an earlier bid from an unspecified Chinese automotive manufacturer. At the time, there was speculation several of that country’s native carmakers might seek such a deal with the spotlight focusing on both Great Wall and Guangzhou Automobile Group, which currently has a joint venture with FCA to produce Jeeps.

Great Wall is the largest Chinese producer of sport-utility vehicles and pickups, something that would be a “perfect fit” with FCA’s Jeep and Ram brands, said analyst Joe Phillippi, of AutoTrends Consulting. It is not clear if Great Wall would seek to acquire just those two divisions or all of Fiat Chrysler.

Another major question is whether such a deal would fly with regulators, especially those in the U.S., where President Donald Trump has raised a number of flags about trade with the Chinese nation – which also happens to be the world’s largest automotive market. 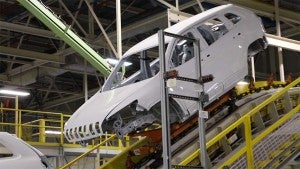 (For more on the original Chinese bid for FCA, Click Here.)

For its part, Fiat Chrysler issued a statement Monday morning that said, “it has not been approached by Great Wall Motors in connection with the Jeep brand or any other matter relating to its business.” The statement added that the Euro-American automaker was “fully committed” to its current five-year business plan, which runs through 2018.

But FCA Chief Executive Officer Sergio Marchionne has made no pretense of his interest in finding another partner, and possibly even a buyer for what is the world’s seventh-largest automotive manufacturer. Over the last several years, Marchionne has tapped on the shoulder of most major competitors, notably General Motors, PSA Group and Volkswagen, “But he has gotten nothing but a wave-off,” said Phillippi.

While it’s unclear if FCA leadership has been approached directly by a Chinese automaker, observers wondered if Marchionne’s cancellation of a long-scheduled meeting at the Jeep plant in Belvidere, Illinois, meant an announcement was in the offing.

For its part, several reports out of China appear to support the likelihood of a bid from Great Wall. According to the Associated Press, Zhao Lijia, a spokesman for the Chinese automaker’s Haval brand, said the company “has this intention” of making a bid, while the wire service quotes another media relations executive as adding, “Yes, we are interested in Jeep.”

Separately, the Reuters news service quoted an unnamed Great Wall official as telling it, “With respect to this case, we currently have an intention to acquire. We are interested in (FCA).”

Whether Great Wall would seek out just one, or possibly two, Fiat Chrysler brands remains to be seen. Earlier this year, Marchionne answered, “Yes,” when asked by a Wall Street analyst whether FCA might be willing to sell either Jeep or Ram, rather than the whole company. 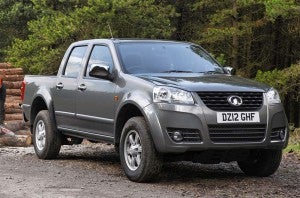 But industry analysts question whether such a sale of the company’s crown jewels would actually happen, as Ram and Jeep are the primary sources of FCA’s revenues – and most of its profits at a time when conventional sedans and other passenger car models are rapidly losing momentum in most key markets around the world, millions of buyers switching to pickups and SUVs.

Even the other FCA brands, including U.S.-based Dodge, and Italy’s Fiat, Maserati and Alfa Romeo, are becoming increasingly dependent upon utility-vehicles. Whether they would have the resources to develop a competitive line-up in Jeep were sold off is far from certain.

Jeep itself has undergone a rate dip in sales this year. In the U.S., the brand was off 12% in July and sales have tumbled 13% for the full year. But that downturn is largely blamed on the timing of an aggressive plan to expand the brand. A plant in Illinois just returned to production after an extended product changeover, and Jeep’s spiritual home, its plant in Toledo, Ohio, is just getting set to re-open and launch production of an all-new version of the long-popular Wrangler model.

Meanwhile, Jeep is getting to roll out a number of new offerings, including its first pickup in decades, as well as the reborn Wagoneer model. Along with the addition of new overseas manufacturing facilities, including the Chinese joint venture, Jeep is targeting sales of 2 million vehicles worldwide next year, a roughly four-fold increase from when FCA was formed by the merger of Chrysler and Italy’s Fiat SpA.

That company, which is registered in the Netherlands, has its official headquarters in London, though most of its business is carried out in the Detroit suburb of Auburn Hills and, to a lesser degree, the old Fiat HQ in Turin.

That reflects the increasing globalization of the auto industry. It also raises questions about what, if anything, the Trump Administration could do if it wanted to flag a deal between Great Wall and FCA. The president has spoken harshly in recent weeks about trade with China and has long promised to bring jobs back from the Asian manufacturing powerhouse. But there has so far been no comment about reports of a possible Chinese acquisition of FCA.

Another possible obstacle would be the Agnelli family, the heirs to a massive Italian industrial empire that still holds a major stake in FCA. Some observers have questioned whether the family would be willing to walk away from the automaker. John Elkann, one of the heirs, currently serves as FCA chairman.

But analysts appeared to be taking a bullish stand on the acquisition reports. Shares of FCA have been rising for several months, but really took off when the first news of a possible acquisition surfaced in mid-July. Shares were gaining again on Monday morning in pre-market U.S. trading, as well as in Europe.

(China’s Chery hopes to crack European market with debut at this month’s Frankfurt Motor Show. Click Here for the story.)

The idea of a Chinese company buying a major Western car company might have seemed ludicrous earlier in the decade. While China was already on the way to becoming the world’s biggest auto market, domestic brands like Great Wall were also-rans, dominated by foreign manufacturers such as GM and VW. But they also benefited from the Chinese governments requirement that international automakers enter a joint venture with local brands in order to build in that country.

That has helped fill their pockets, giving Geely, a Szechuanese maker, the cash to acquire the Volvo brand from Ford Motor Co. in 2010. Two months ago, Geely also bought a 49.9% stake in Malaysia’s Proton, and a controlling stake in Britain’s long-troubled Lotus. Meanwhile, Dongfeng Motor Group holds a 14% stake in France’s PSA.

Despite such moves, China’s domestic automakers continue to struggle cracking foreign markets. Geely was the first to ship a limited number of Chinese-made Volvos to the U.S. General Motors, meanwhile, is selling an SUV produced through its Chinese joint venture under the Buick brand. Ford recently announced it will use its joint venture in China to produce the Focus model for the U.S. It originally had planned to build that vehicle in Mexico.

(For more on the Proton and Lotus acquisition, Click Here.)