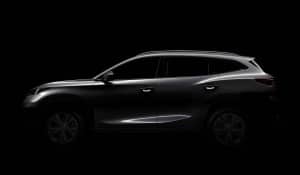 Chery, one of China’s most aggressive automobile companies, is preparing to unveil a new sport-utility vehicle at the Frankfurt Motor Show next month as a prelude to entering the intensely competitive market in Western Europe, company officials said this week.

The SUV model, known as M31T, is the first of Chery’s all-new 3.0 product matrix. By debuting this SUV model in Europe market, “Chery hopes to make its first step of entering Europe and America market while showing its Global Strategy has reached a new height,” the company said in the announcement laying out its plans for Frankfurt Show.

Chery noted the Frankfurt show, which has a long history, is known as “the Olympics” in the world automobile industry. It is one of world’s “A-level” auto shows, and offers Chery the opportunity to show of its technology and brand in front of a critical audience.

“Despite being a growing brand in China, unlike some of its rivals, Chery has chosen not expand into Western and Central Europe until now,” said Ian Fletcher, principal analyst at IHS Markit.

(Bid rejected, but will another Chinese offer be coming for FCA? To find out, Click Here.)

“However, the unveiling at the Frankfurt Motor Show appears to be a statement of intent in terms of its expansion in to this market. The statement seems to suggest that the brand intends to offer a competitive offering with electrified power train options and a high level of connectivity features,” Fletcher added. 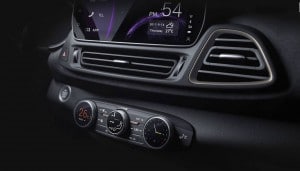 The center console of Chery's new SUV, the M31T, displays some of the maker's technological expertise.

Anning Chen, chief executive officer of Chery Automobiles, added that these new products are “fun to drive, offer flexible and spacious interiors and will provide comprehensive personalization, all of which are aligned with our high standards of product quality and aftersales support,” he said.

The M31T will showcase the evident “gene” of Chery’s all-new 3.0 product matrix, featured by global standard of development, Chery 3.0 design style, high-end platform and technical integration, in particular the profound applications of AI technologies, as well as the sense of international technologies, quality and taste.

Chery – like rival Geely – is an independent company rather than a state-owned enterprise such as Guangzhou Automotive Corp., which is reportedly considering acquiring Fiat Chrysler Automobiles, or Shanghai Automobile Industries Corp., General Motors’ key partner in China. It has been China’s top passenger vehicle exporter for 14 consecutive years in a row,

The company’s brands and products are distributed in more than 80 countries and it has more than 1.2 million owners in East Europe, Asia-Pacific, North Africa, Middle East and Latin America.

Earlier this week, Chery got a chance to get an early impression of its vehicles when it showed off some of its newest product at the Iran Motor Show, the country’s largest auto exhibition.