Toyota: No Plans to Build New Manufacturing Plant in US 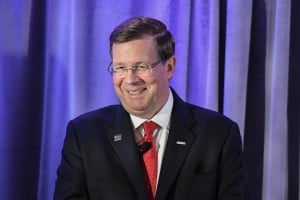 Toyota has no immediate plans to add to its production base in the United States, the company’s top U.S. executive said Thursday.

Lentz noted the Toyota is spending $1.3 billion on an overhaul of its manufacturing and assembly complex in Georgetown, Kentucky.

The renovation will allow the Georgetown plant, which is currently used to build the Toyota Camry, Toyota Avalon and Lexus ES300, to build additional models to meet consumer demand, according to Toyota officials.

The new engineering platform being used for the 2018 Toyota Camry, which is due in showrooms toward the end of the month, can also be utilized for future versions of popular crossovers, such as the Toyota Highlander and Toyota RAV4 as well as other models developed from the same modular architecture. 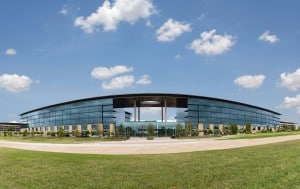 Toyota opened the doors on its new North American headquarters in Plano, Texas.

Lentz also noted that along with the new $1 billion headquarters in Plano has come a new organizational chart that has brought key units such as sales and marketing, planning and manufacturing closer together under one roof. The goal is to help make decisions more quickly as consumer demand and preferences shift, Lentz said.

(Click Here for the details about Toyota putting its old California HQ up for sale.)

The Toyota CEO also addressed the sensitive topic of trade during his session with reporters. Roughly 71% of the vehicles the Japanese automaker sells in the U.S. are built in its manufacturing operations here, which now includes 10 different factory sites. Overall, Toyota has more than 40,000 employees in the U.S.

In addition, 95% of the steel Toyota uses in its American-made vehicles is from producers in the U.S., Lentz added. “We import a little bit of specialty steel,” he said when asked about the Trump administration plans to impose broad tariffs on imported steel.

However, Lentz also told reporters that the Japanese automaker has a very broad lineup that includes several specialty vehicles with limited sales volumes that are made in other parts of world and exported to the U.S. It doesn’t necessarily make economic sense to build such vehicles with sales volume of only 4,000 or 5,000 units in the U.S., he said.