Most Accords stolen are older models with no smart key. 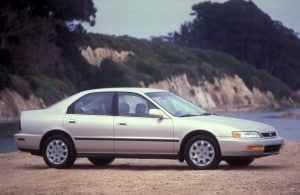 For a few years, the Honda Accord was the best-selling car in the U.S., and while it gave up that title, it does retain one title of importance: Most stolen vehicle model in the U.S.

According to the National Insurance Crime Bureau’s new Hot Wheels report, 50,427 Honda Accords have been stolen in the last year, with the 1997 model leading the way with 7,527 in 2016. However, it’s closely followed by another Honda — the Civic with 49,547 stolen.

In fact, the 1998 Honda Civic was the most stolen car in the U.S. last year with 7,578 stolen. The NICB notes that the vast majority of the two Honda models stolen are “pre-Smart key” versions that are much easier for thieves to nab.

Newer models with improved technology are much more difficult and the 2016 Honda models don’t even make the Top 10 list for new model year vehicle thefts. Actually, the most-stolen 2016 model is the Toyota Camry followed closely by the Nissan Altima and the Toyota Corolla.

(Want to keep your car? Keep your keys with you, study suggests. For more, Click Here.)

The rest of the most stolen vehicle list includes: 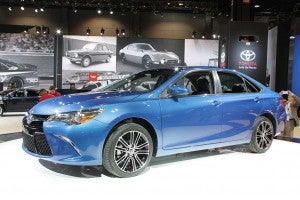 The Toyota Camry was the most-stolen 2016 model vehicle in the U.S. last year.

While vehicle theft has been on the decline overall since 1992, it did rise slightly in 2016. This is in spite of improved anti-theft technologies built into to many new and late-model cars and trucks.

“The increase in vehicle thefts over the past two years should be a reminder that drivers must do their part to protect their vehicles,” said NICB President and CEO Joe Wehrle.

“Anti-theft systems in newer model cars and trucks are excellent, but they don’t work if you don’t use them. Far too many thefts occur because the vehicle is left unlocked and the key or fob is inside. Taking the time to lock it up every time you leave it can save a whole lot of headache and expense in the long run.”

Not leaving the keys in the car is a reminder that often auto theft is a crime of opportunity. There are some things vehicle owners can do to make it more difficult for their vehicle to be nabbed (i.e. reduce the opportunities).

NICB offers up its four “layers of protection,” which includes using common sense measures like locking your doors and taking your keys with you. More car thieves that one would expect end up with a car because the keys were in the car.

The group also advocates having a visible or audible warning device on your car, such as a car alarm, will lower your risk. NICB recommends an immobilizing device that makes it impossible to start the car. A car that doesn’t run, doesn’t drive and doesn’t move. Finally, installing a tracking device in your vehicle allows police to recover it quickly if it is stolen.