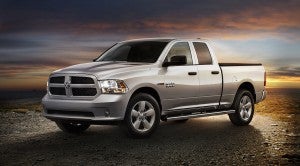 A new series of tests by researchers from West Virginia, who uncovered the cheating on emission tests by Volkswagen, have yielded significant discrepancies between laboratory tests and road tests of tests of FCA vehicles equipped with diesel engines.

The company is already facing a civil lawsuit filed by the U.S. Department of Justice that claims the company used “defeat devices” to cheat on emissions testing. If the tests hold up, it could undermine that work and lead to a very big fine for FCA, according to observers.

FCA said the university’s testing appears to have been commissioned by a plaintiffs’ law firm for purposes of litigation and is thus one sided.

The company said that the researchers from the university have been unwilling to discuss the details of the report with FCA, and called into question the methodology the researchers used. Specifically, FCA said the tests differed from the U.S. Environmental Protection Agency’s (EPA) standard testing.

Several aspects of the tests could increase emissions “rendering invalid a comparison of on-road and off-road test results,” FCA said in statement. 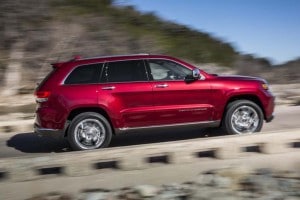 Meanwhile a Justice Department lawyer said during a court hearing this week it could take “weeks or months” before regulators decide whether a software fix for thousands of vehicles will correct the problems. The vehicles have already depreciated in value and the fix, even without penalties will be expensive and could extend to vehicles already in the hands of customers.

In May, the Justice Department sued Fiat Chrysler, accusing the Italian-American automaker of illegally using software to bypass emission controls in 104,000 diesel vehicles sold since 2014.

FCA is hoping regulators will approve the company’s proposed software update as part of certifying 2017 diesel models to allow them to go on sale and then use that software to update the 104,000 vehicles on the road.

The EPA and California Air Resources Board accused Fiat Chrysler in January of using undisclosed software to allow excess diesel emissions in 104,000 U.S. 2014-2016 Jeep Grand Cherokees and Dodge Ram 1500 trucks in a notice of violation.

The federal lawsuit has been moved from Detroit to San Francisco where judges are more likely to be likely to be skeptical of the automaker’s position.