Low-interest loans, cash bonuses of up to $8,500 aimed to clear out inventory.

VW recently got permission from the EPA to update rigged 2015 diesels and sell them off.

While VW no longer plans to import diesels in the wake of its costly and embarrassing emissions scandal, the company has thousands of leftover models that it now has permission from the EPA to sell in the U.S. after making extensive powertrain modifications.

Getting wary buyers to snap them up is proving a challenge, no surprise for 2015 model-year leftovers. So, VW is offering some hefty incentives – including extended, zero-interest loans and up to $8,500 in cash – to get those products off showroom lots.

The diesels now meet tough U.S. emissions mandates. Originally, they carried a hidden “defeat device,” software code that was designed to detect when one of the vehicles was undergoing testing and revise the way the cars performed. In real-world conditions, however, they would produce up to about 40 times more pollutants – notably smog-causing oxides of nitrogen – than the law allows.

“The emissions modification will change the way your car’s engine and emission control systems interact,” VW is advising patenting buyers, in reference to the fix approved earlier this year by the U.S. Environmental Protection Agency and the California Air Resources Board. 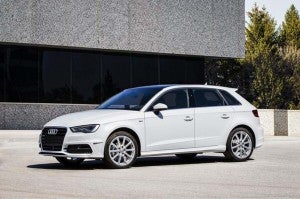 Audi used the 2.0-liter engine in only a handful of models, notably the A3.

“This will affect technical functions under some operating conditions, for example when the vehicle is started for the day,” it explains. And while there have been some reports about degraded mileage and performance, the German carmaker insists, there have been, “No significant changes to key vehicle attributes are expected, including fuel consumption, reliability, durability, vehicle performance, drivability, or other driving characteristics.”

When VW introduced its supposedly “clean” diesels nearly a decade ago, it pitched the technology as a way to get great mileage and performance while also meeting tough U.S. – and even tougher California – emissions standards. In fact, engineers working on the project couldn’t deliver what was promised and came up with the defeat device as a way to fool regulators.

The scheme came apart almost by accident, and when it was revealed by the EPA in September 2015 the maker soon acknowledged it had rigged not just the 2.0-liter turbodiesels found in models like the Volkswagen Jetta, Golf, Beetle and Passat, but also the Audi A3, but also a more upscale 3.0-liter engine used in a variety of VW, Audi and Porsche-branded models.

Since then, the company has agreed to shell out about $30 billion in fines, settlements and an extensive buyback program that covers the vast majority of products using the 2.0-liter engine and some with the 3.0-liter powertrain.

VW has come up with a way to revise the Generation 3 version of the smaller engine, however, aided by the fact that it had adopted the same urea injection system used by competitors such as Mercedes-Benz, BMW, Fiat Chrysler and General Motors. The liquid is used to break down exhaust gases to sharply reduce the levels of nitrogen oxides.

At their peak, just before the emissions scandal broke, diesels accounted for 23% of total Volkswagen sales in the U.S. And that meant boatloads of vehicles like the Golf TDI were sitting in dealer lots when the EPA ordered VW to halt their sale. 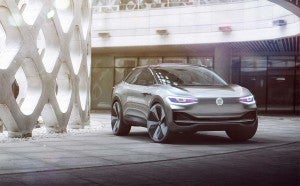 Going forward, VW plans to shift away from diesels and focus on battery models like this I.D. Crozz concept.

All told, VW says it will be able to update about 11,000 of those vehicles to comply with emissions laws. Back before the scandal, they would have disappeared in less than two months. But customers are being far more wary now. It doesn’t help that these are 2015 models and we’re now approaching the start of the 2018 model-year.

So, VW says it will sweeten the pot to make the leftover diesels more appealing. Potential buyers are being offered several options:

There are signs that buyers are taking the bait. The maker sold about 3,100 of the diesel models last month.

Of course, there’s another selling point: even now, the VW diesels have their dedicated fans, and they know this will be the last chance to get a vehicle like the Golf TDI in the U.S. market. Volkswagen brand boss Herbert Diess has stressed that no more “oil-burners” will be shipped to the States, even with EPA approval for the modified engines. Sibling brand Audi may offer a single diesel model, American CEO Scott Keogh said earlier this year.

Ironically, some buyers reportedly have sold back older VW models, collecting payments based on what the blue book value for those used vehicles was just before the emissions scam was revealed. With additional cash penalties VW is paying diesel owners, some customers can drive off with a newer car with cash in their pockets.

While VW no longer is offering diesels in the U.S., it has slowly begun to see its sales rebound – in part influenced by heft incentives on current gas-powered models. It was, in fact, one of the few mainstream manufacturers to score an increase in sales and market share in April. The U.S. industry, on the whole, was off 4.7% for the month, the fourth consecutive monthly decline.