Toyota Investing $1.33b in Kentucky Plant 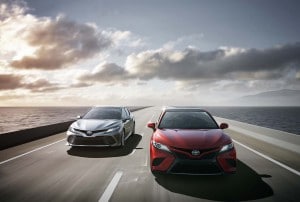 The plant update will help ready Georgetown for the launch of the 2018 Toyota Camry line.

Toyota will spend $1.33 billion to upgrade its big Georgetown, Kentucky assembly plant, the automaker announced Monday morning, a move that will both improve productivity and allow the factory to produce the next generation of Toyota vehicles.

That includes the updated Camry sedan and hybrid, both migrating to the Toyota New Global Architecture that will be shared with a wide range of products, including the recently redesigned, fourth-generation Toyota Prius hybrid.

The announcement comes less than a month after Lentz joined other auto industry leaders in a meeting with Pres. Donald Trump in Detroit where the businessman-cum-politician stressed his demand that automakers move more of their production to the U.S. 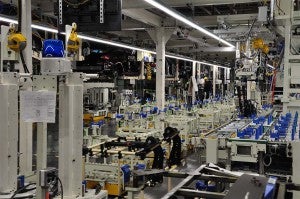 With 8,200 employees, Georgetown is the largest Toyota plant in the world.

But the Toyota project, several observers said, appears to be unrelated to the new president’s push. Typically, projects of this magnitude take several years to bring to fruition, with plans presented to board members for approval months before a formal public announcement.

Toyota is following a strategy that has swept through the industry in recent years. Manufacturers have been abandoning model or range-specific platforms in favor of more flexible architectures that, in some cases, can handle virtually their entire product range. That offers advantages in terms of plant flexibility – allowing an often diverse mix of vehicles to roll down a single line – as well as economies of scale.

The conversion of the Georgetown plant, said a Toyota statement, will allow it to “respond quicker and more capably to customer demands down the road.”

The $1.33 billion project will also see a number of other improvements at the factory, including updates to existing machinery and the construction of a new paint shops.

Noting it is the largest investment ever for Georgetown, Wil James, the president of Toyota Motor Manufacturing, Kentucky, Inc. (TMMK), said, “This major overhaul will enable the plant to stay flexible and competitive, further cementing our presence in Kentucky.” 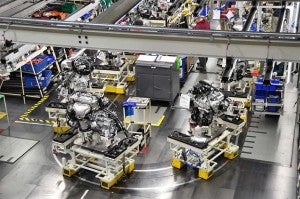 The plant will now be able to produce the flexible TNGA platform.

With about 8,200 employees, the Georgetown plant is the largest Toyota assembly line in the world – producing about a quarter of the vehicles the maker sells in North America. That includes 700 jobs recently created to support the launch of the 2018 Camry.

While the new investment will help prepare for the launch of the 2018 Camry, it will also give Toyota the ability to flex with shifting consumer trends. The midsize sedan has long been the best-selling passenger car in the U.S., but demand has been slipping for Camry – and other sedans and coupes – as more and more Americans migrate to SUVs and CUVs. Bob Carter, the head of Toyota’s North American automotive operations, said it would surprise few at the company if the RAV4 this year outsold Camry.

The flexibility built into the new plant will allow Toyota to shift production, if necessary, to other models – both cars and light trucks – using the New Generation Architecture.

(Exclusive: Click Here to see how PSA Peugeot Citroen plans to return to the U.S. market.)