Debris in the engine can restrict oil flow. 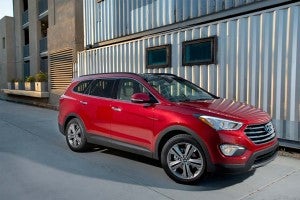 Hyundai and Kia are recalling more than 1.4 million vehicles, including 2013-2014 Santa Fe models.

Hyundai and Kia are recalling more than 1.4 million cars and SUVs in the U.S., Canada and South Korea because the engines in the vehicles may stall, creating a potentially dangerous situation for drivers.

The South Korean recall includes Hyundai’s Grandeur and Sonata sedans and Kia’s K5, K7 and Sportage with engines produced from 2009-2013.

“The recall is related to a manufacturing process problem, not the structural problem of Theta 2GDi engines and we have completed improvements through appropriate measures,” the companies said in a statement.

All the vehicles in the recall have either 2.0-liter or 2.4-liter gasoline engines. The engines for the U.S. vehicles were made at the Hyundai’s engine plant in Alabama. 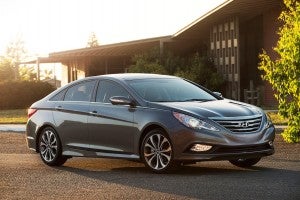 The 2014 Sonata is part of a 1 million vehicle recall for seat belt problems related to the midsize sedan.

According to documents filed with the National Highway Traffic Safety Administration, debris left over in the engine from the manufacturing process can restrict oil flow to the connecting rod bearings. The oil cools the bearings so internal temperatures could rise causing the bearings fail, resulting in the engine stalling.

Vehicle owners should listen for a knocking sound from the engine. It will increase in frequency as the engine speed increases. A warning light may also illuminate on the dashboard. Hyundai officials said if this occurs, owners should contact a dealer.

At this point, there are no reports of crashes, injuries or deaths as a result of the problem. Hyundai has had engine issues before. In 2015, the company recalled 470,000 Sonata sedans in the United States to replace faulty engine parts.

This comes on the heels of the recall of about 1 million Sonatas for faulty seat belts last month.

The recall covers versions of the conventional, gas-powered midsize model sold during the 2011 through 2014 model-years. The 2011 to 2015 model-year Sonata hybrid is also covered, according to NHTSA.

According to Hyundai, a defective anchor may not have been properly latched in place when those Sonata sedans were assembled. That could cause the belts to come loose in the event of a crash. At least one injury, the result of a 2013 accident, has been reported so far.