Limited-edition track model debuts in NY; available by order only. 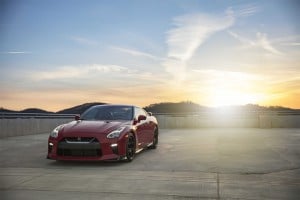 The Nissan GT-R Track Edition will be powered by a 565 hp version of the twin-turbo V-8.

In turn, that may explain the growing availability of circuit-ready vehicles like the new Nissan GT-R Track Edition that will make its debut at the New York International Auto Show in just a couple weeks. The $128,000 limited-edition model won’t be the most powerful version of the Nissan sports car, but it will offer a number of features specifically designed for those who have the right place to put the Track Edition through its paces.

“The new GT-R Track Edition gives buyers a specialized model, one true to GT-R heritage and available only by special order,” said Michael Bunce, vice president, Product Planning, Nissan North America Inc. “Building on the major upgrade to every GT-R for 2017, the Track Edition is an amazing package inside, outside and under the skin.”

The Track Edition will become the third entry into the Nissan GT-R lineup, sliding in-between the base Touring, or “T”, model, and the “R Nismo.” It will pick up some key elements from the Nismo package, though notably not the R’s 600-horsepower engine. For the Track Edition, the GT-R shares the Premium model’s 565-hp twin-turbo 3.8-liter V-8. 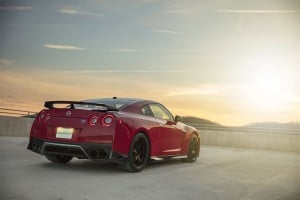 The midship Nissan GT-R Track Edition delivers power to all four of its alloy wheels.

Inside, the GT-R Track Edition adds high-grip, track-ready, leather-accented Recaro seats and a unique red-and-black color treatment. There are fewer switches in the Track Edition – 11, in total – and wheel-mounted paddle shifters for the six-speed double-clutch transmission are standard. Not all comforts are abandoned. The new model gets an 8-inch touchscreen that operates the NissanConnect infotainment system, with navigation and mobile apps.

(Click Here for details about Nissan declining to talk with the UAW about Mississippi plant.)

The new grille on the Track Edition is more than just a new look, Nissan emphasizes, noting it is designed to enhance engine cooling when compared to the earlier GT-R nose.

Muscle comes from that twin-turbo V-8 which churns out 467 pound-feet of torque. The powertrain has been upgraded with a standard titanium exhaust, and Nissan claims the transmission has been upgraded to allow shifting at “race car-like speeds.” The GT-R’s midship platform allows power to be delivered to all four wheels.

Nissan plans to start taking orders soon after the GT-R Track Edition’s New York debut, with deliveries for the order-only model to start in late summer. Pricing starts at $127,990, plus delivery fees.