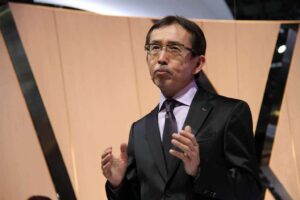 More big managements changes are in the works at Nissan Motors Corp., barely three weeks after Carlos Ghosn relinquished his title as CEO of the Japanese automaker.

The latest wave impacts Nissan at a variety of senior levels, both at its headquarters in Japan and in the critical U.S. market. That starts with the announcement that Shiro Nakamura, the well-respected Nissan Chief Creative Officer, will be retiring. He will be replaced be Alfonso Albaisa, who had been overseeing design at the maker’s Infiniti division. In turn, Albaisa will be replaced by former BMW Design director Karim Habib.

Still other major management shifts come as Nissan moves to cement its control over Mitsubishi, the long-troubled Japanese automaker that was rescued by a Nissan bailout late last year. Four more Nissan executives will move over to the smaller maker starting in April.

Just last month, Ghosn, who had been serving as CEO for both partners in the Renault-Nissan Alliance, announced he would relinquish the Japanese post, handing the chief executive assignment over to Hiroto Saikawa. Ghosn said the move was necessary to allow him to expand his role at Mitsubishi. 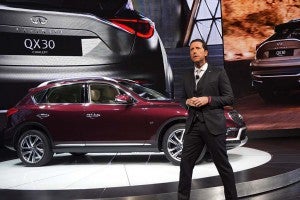 The Infiniti QX50 with designer Alfonso Albaisa during the crossover's debut.

Starting next month, the new Nissan transferees will oversee key Mitsubishi operations, including product development, marketing and sales. In all, seven top Mitsu spots will now be run by Nissan veterans.

“We need to strengthen our corporate governance to avoid a repeat of last year’s scandal, along with scandals previous to that,” Mitsubishi Chief Executive Officer Osamu Masuko told reporters during a teleconference on Tuesday.

The most recent scandal erupted early last year when Mitsubishi was caught cheating on mileage ratings for a number of the small cars it sold in the Japanese home market. It subsequently acknowledged rigging mileage tests for decades. The small Japanese maker had previously been caught covering up safety problems that resulted in at least one woman’s death.

With the automaker facing the possibility of collapse, Nissan stepped in and purchased a one-third stake which, under Japanese law, gave it management control. Along with positioning Ghosn as the new Mitsubishi chairman, two Nissan officials are now on the Mitsubishi board. And Chief Performance Officer Trevor Mann is now serving as Mitsubishi’s COO.

Not all the changes at Nissan involve Mitsubishi, however. The maker’s Chief Creative Officer Shiro Nakamura will retire after 20 years with the second-largest Japanese automaker. The 66-year-old Nakamura earned kudos for pushing design boundaries with such Nissan products as the Murano SUV and Juke crossover.

He was heavily influenced by Japanese culture, particularly drawing from the anime cartoons that have developed a worldwide cult following. 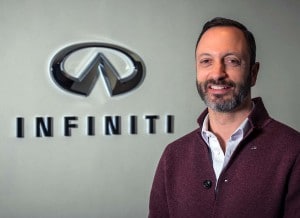 Nakamura will be replaced by Alfonso Albaisa, a Cuban-American designer who has been serving as the head of styling at Nissan’s luxury brand, Infiniti. Like Nakamura, Albaisa has developed a reputation for coming up with cutting-edge designs like the Infiniti Inspiration Sport Concept, a number of those models now being transformed into production vehicles.

(Infiniti taking F1 from track to street with Project Black S. Click Here to learn how.)

In turn, Albaisa’s post at the luxury brand will now be filled by Karim Habib, who formerly served as director at BMW Design. He will be based out of Japan but also oversee satellite operations in the U.S., China and Europe.

“Karim is very skilled at capturing the heart and passion of a brand while at the same time giving each design its unique character,” said Albaisa.

On top of the changes at the parent corporation, Jason Stoicevich, who had been a regional director for General Motors’ Cadillac division, will join Nissan as head of Nissan’s Western U.S. region.

(Nissan gives Qashqai a makeover – but Americans will have to wait. Click Here for the story.)