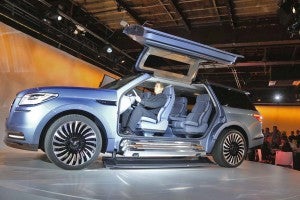 Lincoln won't say what product it plans to build in China, but it is expected to be smaller than the Navigator Concept shown in NY last year.

Lincoln plans to develop and launch an all-new SUV model in China by late 2019, the automaker has confirmed, a move that is seen as critical to maintain the rapid growth of Ford Motor Co.’s luxury brand in the booming Asian nation.

The automaker isn’t offering specific details about the planned vehicle, but sources tell TheDetroitBureau.com they expect it will be targeted at the midsize segment and offer three rows of seating. It is likely to become the primary seller in Lincoln’s Chinese line-up, in part by eliminating the 25% tariff on imported automobiles.

“The move to local production is a key next step in Lincoln’s evolution in China and will complement continued imports from North America,” the automaker said in a statement announcing the new SUV project.

There are no plans to export the crossover-utility vehicle to the United States, an official told TheDetroitBureau.com. A handful of Chinese-made products, including the Volvo XC60 Inscription and the Buick Envision are now being sold in the States. 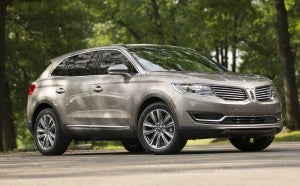 The new Chinese ute is more likely to be in the size range of the familiar Lincoln MKX.

Lincoln was a late entrant in the Chinese automotive market, launching there only in 2015, and initially through just a handful of dealer. But it has been rapidly expanding its retail network – with 65 dealers operating by last December — and saw sales triple in 2016. But with a total of 32,558 vehicles sold, Lincoln was still little more than an asterisk on the Chinese luxury vehicle chart, lagging far behind more established brands like Audi – the market leader – Mercedes-Benz, BMW or even Detroit rival Cadillac.

One challenge has been that Chinese buyers are charged a steep price premium due to the 25% tariff on imported vehicles. By comparison, most competing products, including the new Cadillac CT6 sedan, are produced in China and are not subject to that tariff.

Ford “could eat that tariff” to remain competitive, said analyst David Sullivan, of AutoPacific, Inc., “but that is not a sustainable, long-term strategy.”

Lincoln officials, including brand president Kumar Galhotra, and  Lincoln China President Amy Marentic have both said that they would like to start building vehicles in China – where parent Ford already has a large manufacturing presence. The key was testing the waters to be sure Lincoln could justify what would be a long-term investment.

The surprise was the decision to develop an entirely unique vehicle for the Chinese market. Exactly what that means remains unclear, a spokesperson telling TheDetroitBureau.com only that, “We will announce more details closer to production.” 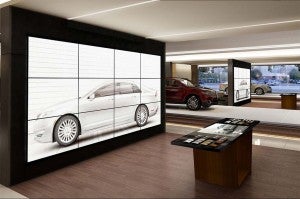 Whether the new product will be entirely new from the ground up seems highly unlikely, according to analyst Sullivan and other observers. More likely, it will use an existing platform, such as the one anchoring the current MKX ute exported from the U.S. to China. And the new product could simply be a revised model meant to meet local needs. That’s common in the Chinese auto industry where many manufacturers offer stretched version of U.S. and European offerings, reflecting the fact that many Chinese owners prefer to ride in the back and let chauffeurs do the driving.

(All-new Lincoln Navigator in the works. Click Here for the story.)

“The Lincoln product and ownership in China is resonating with Chinese customers even beyond our expectations,” said Lincoln President Galhotra, in a statement. “We are now taking Lincoln to the next level by building a new SUV in China to join a dynamic lineup of imported cars and SUVs.”

The new model will be built at a facility in Chongqing, where Ford already has a well-established joint venture. But a spokesperson said the exact facility that will produce the new model won’t be announced until closer to the vehicle’s launch in late 2019.

Lincoln expects to end 2017 with at least 80 dealers in China, according to the company. The maker is also aiming to launch a network of retail outlets in second-tier cities, particularly in Western China, to target new customers as automotive growth in the more established Pacific coast region begins to slow.