Project will hold to original specs, down to the spot-welds. 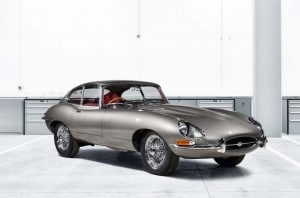 The first restored E-Type was shipped to California and has been in storage since 1983.

The Jaguar E-Type is more than just a legend. It’s been wildly popular with classic car collectors and now, as part of its “Reborn” program, Jaguar will fully restore 10 of its Series 1 E-Types for a handful of lucky aficionados.

All 10 of the Series 1 models were produced between 1961 and 1968, the very first to go through the restoration process rolling off the line in 1965. Jaguar promises each will be restored to factory spec – albeit for a price: they’ll start at around $355,000 – or more if you want some upgrades, such as a syncromesh transmission.

“The E-Type is the most iconic sports car of all time, so we are delighted to be able to give new life to expertly selected examples for discerning customers around the world to own and enjoy,” said Tim Hannig, Director of Jaguar Land Rover Classic. “The resources and information available to Jaguar Classic’s expert technicians are unrivalled, which results in the most authentic E-Type restorations possible.”

The E-Type project follows close on the heels of an even more ambitious restoration project handled by Jaguar Classic. Last November, the unit showed off the first of nine XKSS “continuation cars.” These were the nine of 25 street-legal roadsters the British maker had planned to make but which were never completed before fire destroyed Jaguar’s Brown’s Lane factory in February 1957.

(Jaguar brings the XKSS back to life. Click Here for the story.) 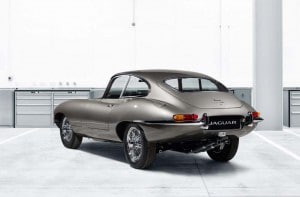 The challenge is to stick religiously close to the original factory specifications.

Those XKSS roadsters were actually all-new, albeit strictly adhering to the original specs for the ‘50s-era roadsters. The latest project will start off with classic E-Types and then put them through a full restoration.

The very first car to go through that process will be unveiled at the Techno-Classica show in Germany next month. Produced in 1965, it’s a 4.2-liter Fixed Head Coupe that was exported to California where it clocked 78,000 miles before being put into storage in 1983. There it has been sequestered ever since.

The body, engine and transmission are originals – though they have gone through extensive restoration. As with the XKSS project, Jaguar Classic is strictly adhering to the original specifications, down to using the same spot-welding methods the factory relied on a half-century ago.

Other “safety critical” parts, such as brakes, have been replaced, however.

“For all E-Type Reborn vehicles, as much of the original vehicle as possible is retained or refurbished to correct specifications,” Jaguar explains, “while any safety-critical parts are replaced with new items from Jaguar Classic Parts. Body panels from Jaguar Classic’s reverse-engineered panel program are fitted where necessary, to remove corrosion and restore the vehicle’s iconic looks with the best fit possible.” 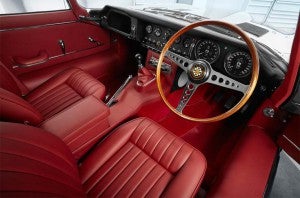 Buyers will be able to order some upgrades, such as later-series brakes and gearboxes.

That said, Jaguar Classic will make upgrades, as requested. That can include such details as the front brake calipers introduced on the E-Type Series 2, or even the improved cooling system offered on the E-Type Lightweight model.

Jaguar is just the latest among a growing list of automakers setting up restoration programs. Makers like Mercedes-Benz, BMW and Lamborghini have discovered a vast market among collectors who’d prefer to have the factory, rather than traditional restoration shops, handle their prized vehicles, sticking absolutely to the original plans.

The price tag isn’t cheap, but among those who value original details, this approach is hard to beat.

(Jaguar looks to the future with electric I-Pace Concept. Click Here to check it out.)