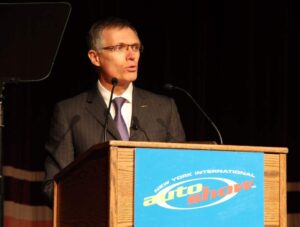 PSA CEO Carlos Tavares believes the acquisition of Opel could net $2 billion in savings. The two sides are racing to close the deal, perhaps before Geneva.

General Motors and France’s PSA Group are racing to close the sale of the U.S. maker’s Opel unit, possibly before the opening of the Geneva Motor Show next week, according to various sources and European news reports.

The move, if it can be completed, would transform a revitalized PSA – parent of the Peugeot and Citroen brands – into the Continent’s second-largest automaker behind Volkswagen Group. For GM, it would allow the maker to walk away from a long-troubled unit that hasn’t posted a profit since 1999, despite repeated turnaround efforts.

GM CEO Mary Barra said virtually nothing about the status of the negotiations during an appearance in Washington, D.C. earlier this week, and neither company has been willing to discuss the talks since then. But a meeting between PSA management and European labor officials is scheduled for next week, according to a Bloomberg report, a strong hint that negotiators are optimistic about clinching an agreement by then.

The two automakers confirmed they were discussing the future of Opel just two weeks ago. Already linked through a series of other joint ventures, they announced they were exploring “strategic initiatives” that quickly proved to involve the complete sale of the German-based brand.

It actually marks the second time in barely a decade that GM has tried to unload troubled Opel, which it has owned since 1929. Shortly after emerging from bankruptcy in 2010, the Detroit maker attempted to transfer the European subsidiary to a Russo-Canadian consortium led by Toronto-based auto supplier Magna International.

That deal was scuttled at the 11th hour by the overseers brought in by the Obama Administration in the wake of the government-funded GM bailout. The confrontation led to the ouster of the carmaker’s well-liked CEO Fritz Henderson. The new management team – and those that have since followed – struggled to put together a turnaround plan, but all efforts to bring Opel’s balance sheet back into the black have failed. And with Brexit now expected to keep the operation in the red, CEO Barra and the GM board decided to put Opel back on the block. 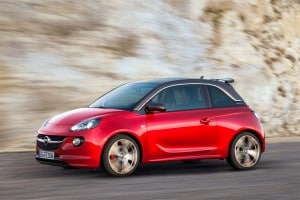 Opel has struggled financially for two decades, especially as products like the Adam haven't delivered as expected.

For its part, PSA has rebounded from years of heavy losses that led members of the founding Peugeot family to give up control. Brought in from the rival Renault-Nissan Alliance, PSA’s new CEO Carlos Tavares has been credited with crafting the revival plan that now positions the French company as a major force in Europe. A deal with GM would add about 1.2 million additional sales on the Continent annually – if Opel could retain its current market share.

But observers warn there are some challenges to completing the deal. That reportedly includes an underfunded pension program that means PSA might have to assume some or all of $9 billion in liabilities.

How Opel would move forward with product plans is also a possible sticking point. For at least the first few years, it would have to continue using platforms, powertrains and other technologies developed by GM, as well as some key components.

Tavares has promoted the deal inside PSA, according to reports, by outlining export opportunities for Opel. But a deal may include restrictions on where PSA could sell those vehicles, as well, reducing the possibility that GM could face a new challenge in places like China from products it developed.

As part of GM’s turnaround efforts, Opel closed several plants in Europe in recent years. But to win government and labor support for a sale, PSA has stressed that there won’t be any new plant or job cuts following the transfer of ownership. If anything, Tavares has been emphasizing the job security that would result from making Opel more solvent.

(GM stock could benefit from Opel sales. Click Here for the story.)

As for GM, industry observers note that the sale would end any chance GM had of regaining the global sales crown it held for three-quarters of a century. It was last the world’s best-selling automaker in 2011 and last year slipped to third, behind Volkswagen and Toyota.

There have been some questions raised about the merits of abandoning the world’s third-largest car market, while also reducing potential economies of scale.

For her part, Barra did raise that point of concern during her Washington appearance, telling reporters, “We’ve done a lot to improve the business but we’re exploring opportunities to see if we can accelerate that even more because scale does matter in this business.”

Nonetheless, shareholders and analysts have generally received the news of an Opel sale positively.

(GM, PSA getting pushback on potential Opel deal. For the story, Click Here.)

While the two automakers would like to close a deal before the start of the Geneva Motor Show media preview, a high-level source told TheDetroitBureau.com that the pace of negotiations can “ebb and flow,” and it is possible that the talks won’t wrap up until after the annual event.