Ed Welburn joined by Jack Roush and two other entrepreneurs. 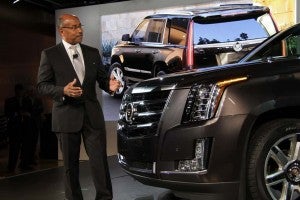 Ed Welburn was not only the first African-American design chief but only the sixth man to head design for General Motors.

The Automotive Hall of Fame in Dearborn, Michigan, released its 2017 list of inductees and the four figures set for induction reflect the industry’s diversity, reach and rich history by naming a top designer and a trio of innovative entrepreneurs.

“Welburn was once referred to as ‘the man who brought beauty back to GM,’” the Hall of Fame noted in the statement nominating the former GM design chief.

He was just the sixth head of design for GM and the first to lead the division on a global level. During his 44-year career, he oversaw the designs of the latest Corvette and the revived Camaro, as well as groundbreaking concepts including the Oldsmobile Aerotech, Cadillac Ciel and Buick Avista.

Welburn also holds the distinction of having been the highest-ranking African American in the global automotive industry. 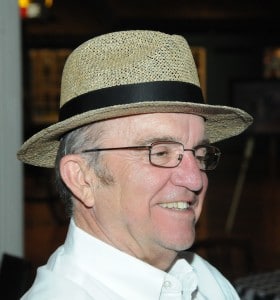 Race legend Jack Roush is one of the four 2017 inductees into the Automotive Hall of Fame.

Another industry figure slated for induction is Alberto Bombassei, who built Italy’s Brembo Brakes into an international company after inheriting a small family-owned shop from his father.

Under Bombassei, Brembo grew from a small family firm in Bergamo, Italy, into a worldwide leader in automotive braking systems.

Brembo was founded by Alberto’s father, Emilio Bombassei, and his uncle, Italo Breda. But Alberto Bombassei served in various roles at Brembo since its inception and has continued the company’s expansion and research efforts.

This resulted in breakthroughs such as the design and production of the first aluminum brake calipers, which were adopted by numerous manufacturers including BMW, Ferrari, Fiat Chrysler, Ford, General Motors, Porsche and Mercedes-Benz.

(Click Here for more about Roush’s involvement with the Elio.)

Like Bombassei, another of the inductees, Jack Roush, also has been closely identified with motorsports but he also built a highly successful engineering firm.

“Jack Roush is an icon of American motorsports and a distinguished automotive entrepreneur. As a racing team owner, Roush has won championships in NHRA and IHRA Drag Racing, SCCA Trans Am, IMSA GT, and NASCAR stock car racing,” the hall noted.

Roush’s teams have won more than 400 races in a variety of racing circuits. He is also chairman of the Board of Roush Enterprises, parent company of product development supplier Roush; Roush Performance Products, supplier of aftermarket performance products; and Roush CleanTech, a manufacturer of alternative fuel systems.

The final nominee is one that really flies under the radar: August Fruehauf. He founded Fruehauf Trailer Co. and is credited with inventing the semi-trailer. Fruehauf was a successful blacksmith and horse carriage builder in Detroit, Michigan, around the turn of the 20th century.

In 1914, a client came to Fruehauf asking if he could devise a method of transporting a boat behind a Model T. Fruehauf agreed, and the result was the first Fruehauf semi-trailer, and just a few later in 1918 his company was born becoming one of the largest and most successful semi-trailer companies in the world.