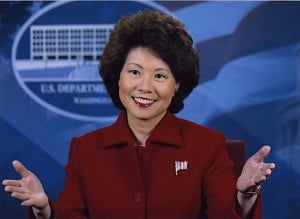 The Trump administration wants to take another look at the rules the Obama administration recommended for the conduct of on-road experiments and research on self-driving cars, which call for manufacturers to share some of the data.

U.S. Transportation Secretary Elaine Chao said over the weekend that she would be re-evaluating the Obama administration’s rules for self-driving cars. The automotive and technology industries need to do a better job educating the public about the safety features of automated driving, she said during a speech to the National Governors Association.

Chao said she wanted to “issue a challenge to Silicon Valley, Detroit and all other auto industry hubs to step up and help educate a skeptical public about the benefits of automated technologies,” according to the website Politico.

She also said that the administration’s review of Obama’s guidance is needed “to ensure that it strikes the right balance.” Last September, DOT set down rules, covering the manufacture and sale of self-driving cars, including autonomous Teslas as well as Google’s cars without steering wheels or foot pedals.

The DOT rules require that companies building and testing self-driving cars to share extensive amounts of data with federal regulators, placing much of it the public domain. The auto and technology companies have registered displeasure with the disclosure requirements, claiming they could slow the pace of innovation and lead states to adopt the guidelines as mandatory. 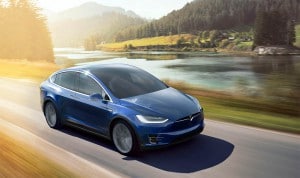 Tesla is one of a few vehicles already on the road capable of some form of autonomous driving.

The guidance from the Obama administration asked carmakers to voluntarily detail each of their self-driving systems by using a 15-point “safety assessment” precaution. After Trump’s election in November, automakers concerned about the guidelines cited a need to give up “significant data” and likely facing months-long delays in testing — as the reasons why the rules need to be reviewed by the new administration.

Chao noted that there’s a lot at stake in improving and regulating the technology, and ensuring that passengers are safe when they use the new self-driving systems.

GM has already said it plans to have a fleet of self-driving cars ready for testing by 2018 and Ford and other automakers are preparing to introduce self-driving vehicles in the years to follow. Several vehicles now on the road, among them the Tesla Model S, already are capable for performing a significant portion of the tasks required for automated driving.

The technology, however, is far from perfect. Tesla recalled its self-driving feature after the owner of a Model S was killed because the car didn’t “see” a truck had pulled across its path and last week, it was disclosed that one of Uber’s self-driving cars had run through a critical stop light on a busy San Francisco thoroughfare. The engineer who was supposed to be monitoring the test was fired, according to Uber.

Uber’s self-driving Volvos have been pulled from the streets of San Francisco under heavy pressure for the California Department of Motor Vehicles or DMV and relocated to Arizona. Google’s self-driving vehicles also have been involved a series of fender benders during experiments in Silicon Valley, although none of the accidents have found the Google car to be at fault.

(To see more about governments catalyzing the growth of autonomous vehicles, Click Here.)

Nevertheless, automakers are convinced the self-driving technology can make motoring safer and a father, who’s young son was killed in auto accident, has launched a campaign to push carmakers to absorb the technology quickly because of its potential to save lives.