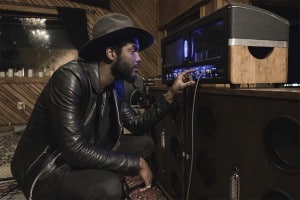 Gary Clark Jr., blues singer and guitar virtuoso, stars in the newest TV ad for Lincoln, well, him and an amp made by Lincoln and Revel.

Lincoln’s advertising lately has garnered a lot of attention. Of course, having Matthew McConaughey ride around in various Lincolns while musing about life or making dinner plans with dogs will do that; however, Ford’s luxury brand has a new interesting ad approach coming this weekend.

The brand has enlisted contemporary blues singer and guitar virtuoso Gary Clark Jr. to promote Lincoln during the biggest music event of the year. Clark stars in a new 60-second spot that will air twice during the Grammy awards show beginning at 8 p.m. EST, Feb. 12, on CBS as well as once during the red carpet pre-show.

Much like the McConaughey ads, the new spot is a little different, while highlighting an important aspect of the vehicle, in this case, the sound system.

(All-new Lincoln Navigator in the works. Click Here for the story.)

The ad features Clark and an exclusive custom-built amplifier designed by Lincoln and engineered by Revel. The amplifier, outfitted with 12 premium Revel speakers, offers exceptional sound quality and allows each brand’s expertise to shine. 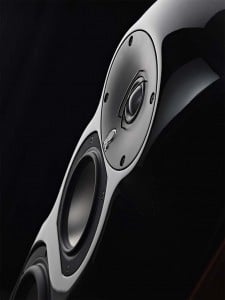 The Revel system for Lincoln was created for the unique interior environment of each Lincoln model.

Revel engineers honed the state-of-the-art technology, while design values of the 2017 Lincoln Continental are visible throughout, from the instantly recognizable grille, the wood grain and the leather to the back-lit LED Lincoln logo.

“Creating a one-of-a-kind amplifier was an original way to showcase the superior sound of the Revel audio system available in most Lincoln vehicles – and celebrate the artistry of music,” said John Emmert, group marketing manager, The Lincoln Motor Co.

Built by brothers Ben and Jeff Fargen, who have been handcrafting guitar amplifiers since 1998, the one-of-a-kind amplifier is designed to reflect the craftsmanship, quality and performance of the Lincoln Continental and the superior sound of Revel.

The 60-second spot starts with the Clark arriving at an empty theater in the new Lincoln Continental. As the spot continues, he is standing onstage plugging his guitar into the one-of-a-kind amplifier, which takes its aesthetics from the flagship, Lincoln notes.

“To me, the Lincoln Continental represents timeless luxury – and it sounds like it looks, straight to the point classic,” he says. “This collaboration felt like a natural fit. I don’t know a guitar player who doesn’t like amps. And this one doesn’t just look amazing, it gets you the most amazing sound.”

Throughout the ad, he performs a new interpretation of his song, “The Healing.” The camera closes in on the guitar cord, which acts as a visual timeline, taking viewers through different stages of the musician’s life. Clark feels the song – and the spot – will be relatable to many viewers.

“Every single memory I have, there’s a song that goes with it,” he said. “Music is the most powerful form of communication that we have, and it can be very healing if you get people on the same page and share a message.”

The partnership isn’t limited to just the Grammy commercial. On Feb. 8, a behind-the-scenes video of the “Cord” shoot and the development of the amp will be available on special website, Lincoln Now, and the Lincoln YouTube channel. That will be followed by “Cord” on a YouTube desktop takeover.

Additionally, Clark developed a new rendition of “The Healing” and “As The Train Pulls In,” and both will be available for the first 10,000 visitors for free download at Lincoln Now.