All-New Lincoln Navigator in the Works 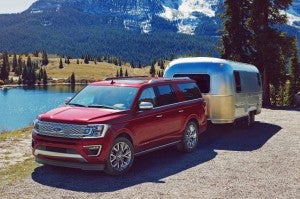 The debut of the 2018 Ford Expedition essentially clears the way for production of its luxury sibling, the Lincoln Navigator.

Ford Motor plans to show off the new version of the Lincoln Navigator later this year, says a top Ford executive.

Joseph Hinrichs, Ford president of the Americas, confirmed for TheDetroitBureau.com that the Lincoln brand will get a replacement for the current version of the full-size Lincoln Navigator. Hinrichs declined to offer any further details about the next-gen model of the luxury SUV.

However, the new Navigator will be built at the at Ford assembly plant in Louisville, Kentucky, where Ford also expects to build the 2018 Ford Expedition, which it showed off publicly for the first time during an event at the Dallas Cowboys new training center in the Dallas suburbs yesterday.

Ford engineers working on the next generation Navigator are expected to utilize a formula similar to the one used in the development of the 2018 Expedition, which is lighter and slightly larger than the current model.

Thus, the next version of the Navigator will almost certainly be a body on frame vehicle with an all-aluminum body, a frame of lightweight steel and two different wheelbase lengths. 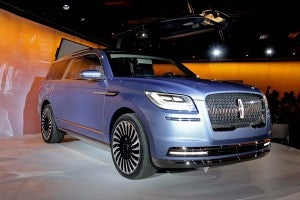 Like the Navigator Concept, the production model will use a twin-turbo 3.5-liter V-6.

The new Expedition will be powered by a 3.5-liter EcoBoost engine matched to a 10-speed transmission, which will make the vehicle more efficient but Ford has yet to drop any hints about the powertrain for the Navigator.

The full-sized SUV is just part of an expected onslaught of new product coming from the luxury brand. Officials haven’t offered up many clues about what’s coming after Navigator, but there is a hole in their line-up.

The division has long waited for a rear-drive model. Lincoln has been considering that option, possibly even coming up with a luxury coupe based on the latest Mustang platform. But sources say the Ford luxury brand is confident it can, like Audi and Volvo, do just fine with a mix of front- and all-wheel-drive products, the Navigator being the one exception.

There will also be some new products to fill in gaps in the line-up, though Lincoln officials emphasize they aren’t planning to go the same route as German manufacturers, proliferating products to fill every possible niche.