Takata Expected to Pay $1B as Part of Faulty Airbag Settlement 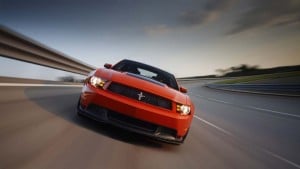 The 2012 Ford Mustang is part of the latest recall of vehicles equipped with faulty Takata airbags.

Takata Corp. is going to pay $1 billion and plead guilty to fraud as part of a settlement with the U.S. Justice Department, according to reports.

The deal completes the government’s criminal investigation into the Japanese auto supplier’s faulty airbags, which under certain conditions will explode spraying shrapnel into the cabin of the vehicle.

More than 15 people globally – 11 in the U.S. – have died as a result of the airbags and hundreds have been injured. It is the largest automotive recall in history.

In fact, Ford Motor Co. announced today it was recalling 816,000 vehicles equipped with the defective airbags, raising the automaker’s overall total globally to about 3 million vehicles.

The automaker said it was unaware of any injuries related to the current recall. The affected vehicles in this action include:

(Fiat Chrysler latest to be accused of rigging diesel emissions tests. Click Here for the story.)

Overall, federal regulators believe the total number of vehicles recalled in the U.S. will be about 42 million, accounting for more than 70 million faulty ignitors.