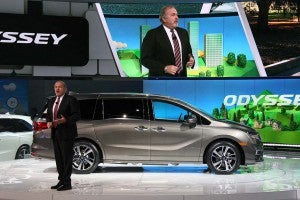 Are automakers returning to their bad old ways, repeating the same, short-sighted steps that got them into so much trouble when the Great Recession struck and U.S. car sales collapsed at the beginning of the decade?

Some of these steps are “taking buyers out of the market,” and will mean lower sales during the next few years, warned Mendel in an interview following his appearance at the Automotive News World Congress in Detroit.

All automakers look for ways to prop up sales, but some steps can be particularly risky, as the industry discovered during the Great Recession. Excessively subsidized leases, for example, can result in significant losses when buyers return those vehicles. Excessive fleet sales can drive down the residual value of vehicles, making it harder for owners to trade in and hurting loyalty rates.

Yet, more and more manufacturers are inflating lease subsidies, and there are some manufacturers now dumping more than 40% of their production into fleets, noted Mendel, especially low-profit daily rentals.

Extended-length loans are becoming more and more the norm. A recent study released by financial data tracking firm TransUnion found that even the average new vehicle loan is now on the books for 67 months. That’s up from just 62 months at the beginning of the decade. And the report revealed that the number of loans running from 73 to 84 months has more than doubled since 2010.

Incentives, on the whole, are up to record levels, averaging $3,673 per vehicle in December, compared to $3,062 a year earlier, according to numbers tracked by TrueCar and ALG.

The givebacks, Mendel noted, come as new car prices continue to climb, The average transaction price, or ATP, of new vehicles sold in the U.S., rose 1% just from November to December $33,340, continuing a long-running trend.

“Affordability,” said the Honda executive, “is an issue.” But for consumers, pricing may be running into “some kind of wall” that will put a limit on sales.

The U.S. market ended 2016 with record volume of around 17.4 million vehicles. That marked not only the third consecutive record, but the second time sales have topped 17 million. But forecasts for 2017 aren’t nearly as optimistic. A number of analysts, as well as a variety of automakers, have trimmed their projections for the year. The consensus is in the low 17 million range, though Mendel said it could come in “between 16 million and 17 million.”

While a definite dip from last year’s all-time high, that would still be substantial on a historic basis.

But some worry that, with fuel prices increasingly uncertain, the arrival of the new Trump Administration running into political turmoil, and with automakers taking potentially risky steps to prop up the market, sales could tumble much more sharply than expected.

“Sure,” said Mendel, he’s worried that if sales slide more than expected, automakers might panic. “We’re already seeing some of that (bad) behavior.”

“I’m not predicting a collapse” on the order of what happened in 2009-2010, Mendel stressed, but the industry needs to remember the lessons learned when the bottom fell out of the American market not all that many years ago.