Battle Over Ethics Raging on at VW? 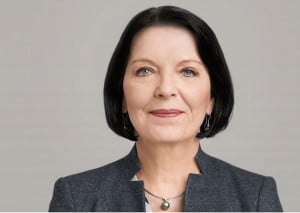 Christine-Hohmann-Dennhardt is leaving Volkswagen a little more than a year after she signed on to help VW clean up its diesel mess.

Just weeks after Volkswagen AG agreed to pay more than $4 billion to settle the U.S. criminal investigation into its diesel emissions scandal, the German maker’s ethics chief has resigned.

Christine Hohmann-Dennhardt, who has served as VW’s head of integrity and legal affairs since Jan. 1, 2016, said she is leaving the automaker as part of a “mutual agreement” considering what were described in a corporate statement as “differences (over the) understanding of responsibilities and future operating structures within the function she leads.”

But with additional legal challenges remaining, including the possibility of additional criminal indictments against VW executives all the way up to the top levels of management, Hohmann-Dennhardt’s departure leaves more questions open than answered.

And one of the questions is whether the automaker has really committed to reshaping its corporate structure to make ethics a cornerstone of its global business, something it promised to do as part of the most recent settlement with the U.S. Justice Department.

For its part, VW said on Thursday, that hasn’t changed, stressing in its statement that it, “will continue to press forward with changes to its way of thinking and working.” It added that, “The Group has substantially elevated its commitment to working ethically and with integrity and is decentralizing its organization” as part of a “broader transformation of Volkswagen’s corporate culture.”

That’s no easy feat. For decades, Volkswagen has been known for its strong, top-down management structure, which emphasized what analysts described as a “can’t-fail” mentality. Insiders suggest that faced with the prospect of having to report they couldn’t deliver the high-mileage, low-emissions diesels headquarters demanded, powertrain engineers simply felt it better to rig the diesel engines.

The question that remains unanswered is how high up the corporate ladder that subterfuge went. Initially, VW’s top executives insisted it was the work of a “handful” of “rogue engineers.” But during a news conference on January 11, former U.S. Attorney General Loretta Lynch noted that one of six VW managers indicted oversaw more than 10,000 employees.

(Click Here to see the examination of Martin Winterkorn’s role in the diesel scandal.)

A German criminal investigation still underway is looking at whether former VW CEO Martin Winterkorn and other top execs knew about the scandal before they have so far admitted, possibly withholding required information from investors to shore up the company’s stock.

Hohmann-Dennhardt did help VW work through some of the most difficult steps it has to had to climb in working past the diesel scandal, including the $14.7 billion civil settlement announced last July, the $4.3 billion criminal settlement, and several smaller deals, including one with U.S. retailers.

But her departure also comes at a time when five of the six VW managers indicted by the Justice Department remain at large – only one being arrested while passing through Miami early this month after a Cuban vacation.

VW raised eyebrows when it was reported in the German press that the company’s lawyers had advised some employees to avoid traveling to the U.S. for fear they could also be charged and arrested. Lynch, for her part, had signaled further indictments were under study.

(For the latest on the VW criminal settlement, Click Here.)

With Hohmann-Dennhardt’s departure, Hiltrud Werner, who has been heading auditing operations for the Volkswagen Group, will take over integrity and legal affairs.