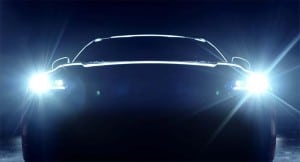 After several teases, Kia appears ready to unleash the Stinger, the brand's fastest car ever, in Detroit.

Kia seems to have had a similar philosophy in mind as it went to work on the new sports car it will unveil at the North American International Auto Show in less than three weeks. Set to be the Korean carmaker’s most powerful model ever, it will be dubbed the Kia Stinger, TheDetroitBureau.com has confirmed.

The fastback is based on the wildly popular Kia GT that made its original debut at the Frankfurt Motor Show in September 2011, the work of Kia’s design chief – and now vice chairman of both Kia and sibling Hyundai – Peter Schreyer.

Officially, Kia isn’t saying much beyond what you can glimpse in a series of still and video teasers with the theme, “The Curve Ahead.”

(Kia’s already generated some buzz with the GT4 Stinger concept. Click Here for the story.)

“The Curve Ahead is all about potential,” Kia suggests, in one of the teasers for the new sports car, a video offering an inside-out view of Germany’s iconic Nurburgring, the speedometer topping 244 kph – or 152 mph. 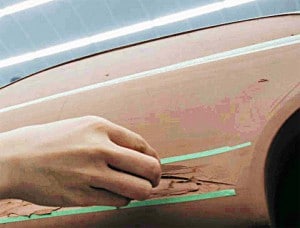 Kia's ready to take the brand's image up a notch with the new Stinger coupe.

We’ll have to wait to learn more about what might be able to deliver that sort of performance out of the new Kia Stinger, whether it’s an existing powertrain, such as the turbo-six used in the likes of the Genesis G80 Sport, or something entirely new.

What we can tell is that the Kia Stinger picks up on some of the more distinctive cues of the original Kia GT, including the fastback roofline and the sportier take on the brand’s trademark “tiger nose” grille. One critical difference: there are traditional sideview mirrors, rather than the streamlined cameras on the concept vehicle. And there are new headlamps, reflecting the big leaps in lighting technology since the GT concept first debuted five years ago.

(Click Here to see more about the GT4 Stinger concept.)

We’ll have to wait for more detailed images – or the Kia Stinger’s official Jan. 9, 2017 debut – to see what else has changed. We’re expecting the Korean carmaker will have abandoned the concept’s unusual four-door layout, including two pillar-less rear “suicide” portals.

That would put it in line with the Kia GT4 Stinger Concept shown at the Paris Motor Show earlier this year. But the new Kia Stinger’s headlamps, among other details, more closely resemble the original GT concept from 2011. 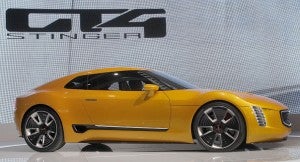 Kia's GT4 Stinger Concept is likely be the basis for the real deal, which is coming to the Detroit Auto Show next month.

The GT4 Stinger, incidentally, with its rear-drive 2+2 layout, was powered by a 2.0-liter turbocharged four-cylinder engine making 315 horsepower. The engine was paired with a six-speed manual gearbox.

Like the original GT, the Kia Stinger has been developed under German designer Schreyer, the one-time Audi styling chief. And there does seem to be a subtle hint of the Audi A7’s more hatchback-like styling. But if the new model is anything like the GT or GT4 it will qualify as a true sports car – in fact, the first real sports car Kia has ever put on the road.