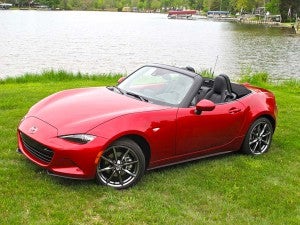 The winter sale season is readying to kick off and trying to determine what kind of vehicle you should buy and, perhaps, most importantly, what brand has just become a little easier.

U.S. News & World Report released its annual “Best Vehicle” brands awards and the result show, well, not much has changed from last year. This year’s winners are Honda, Mazda, Ford and Porsche.

“Consumers have an overwhelming number of factors to consider when comparing cars,” says Jamie Page Deaton, managing editor of U.S. News Best Cars. “The Best Vehicle Brand awards simplify the process by giving people guidance on the top brands in the categories that matter to them.”

Last year’s winning brands continue to dominate in 2017 with the Best SUV Brand: Honda. The magazine cited Honda’s “comfortable interiors and family-friendly features” as the difference makers. Additionally, the Japanese maker’s line-up, the CR-V, HR-V, Odyssey and Pilot, all ranked at or near the top of their segments. 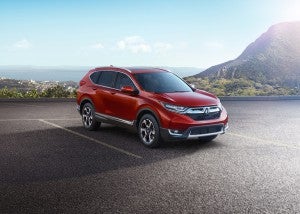 The Honda CR-V helped the Japanese maker capture the best brand for SUVs honor for 2017.

For the second year, Mazda claims the No. 1 spot as the best car brand. Mazda’s cars, including the Mazda3 and MX-5 Miata, earn positive reviews for well-made interiors and driving dynamics. Mazda was also named the most fuel efficient brand earlier this year by Environmental Protection Agency. It marked the fourth consecutive year the brand has won the award.

Ford’s F-150 line of pickups nabbed the honors for best truck brand. This was based largely on “fuel-saving engine designs, some of the best payload and tow ratings in the class, easy handling and roomy cabins.”

This year marked Ford’s big move from steel to aluminum bodies and the resulting 700-plus pound weight savings in concert with its EcoBoost engines resulted in significant improvements in fuel economy ratings, offsetting concerns about the durability and repairability of aluminum.

(Click Here for more about Mazda’s reign as the U.S. fuel economy champion.)

Finally, the best luxury brand, according to the magazine, was Porsche. The publication noted the expansion of the German automaker’s line-up to include the new Panamera sedan as well as the Cayenne and Macan sport-utes.

“The models live up to the Porsche’s performance-driven heritage while also providing the rich interiors and connectivity features that today’s luxury buyers demand,” editors noted.

It marked the second time in as many weeks that Porsche has captured a top honor. Last week, the brand – along with Buick – was named the top performer overall in J.D. Power’s annual Sales Satisfaction Index. Buick was the top “mainstream” brand.

The Best Vehicle Brands methodology is an objective, analysis-driven assessment of quality across all of a brand’s offerings within the four categories (SUVs, Cars, Trucks and Luxury). Brand ratings are based on the U.S. News Best Cars overall scores for each vehicle, which incorporate the consensus opinions of the automotive industry as well as safety and reliability data.