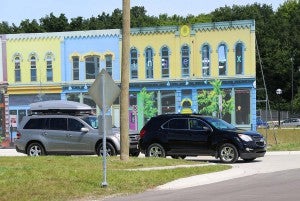 Toyota is already working with U-Mich at MCity, an autonomous vehicle test track.

Toyota is expanding its effort to develop advanced artificial intelligence, robotics and autonomous driving technologies by teaming up with the University of Michigan Transportation Research Institute.

The $22 million project is the latest in a series of collaborative efforts Toyota has launched since setting up its own Toyota Research Institute a year ago. The Japanese maker, reversing a long-standing reluctance to develop autonomous vehicles, has also established close ties with Silicon Valley’s Stanford University and Massachusetts Institute of Technology.

“We look forward to collaborating with U-M’s research faculty and students to develop new intelligent technologies that will help drivers travel more safely, securely and efficiently,” said Gill Pratt, the head of the Toyota research program. “We will also focus on expanding the benefit of mobility technology to in-home support of older persons and those with special needs.”

Until recently, Toyota had downplayed the need to develop fully self-driving vehicles, focusing instead on driver-assistance technologies such as forward collision warning. But it found itself lagging behind traditional competitors, such as General Motors and Volkswagen, as well as new players like Google and Tesla Motors, and has since made autonomous driving one of its key technology targets.

It is also working on robotic designs and other technologies that can enhance mobility for the elderly and handicapped.

Pratt was brought onboard from the academic world. Among other things, he has worked on the U.S. Defense Department’s DARPA Challenge, a project that led to some early breakthroughs in autonomous vehicle technology. Pratt has since signed up an assortment of well-respected leaders in that and other fields the Toyota Research Institute is targeting. 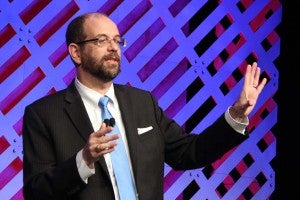 (For more on the creation of TRI, Click Here.)

The maker has said it intends to spend $1 billion on TRI over a five-year period. The project has already set up three centers for testing autonomous vehicle systems, one at Stanford, one in Boston, the other at MCity. That’s a 32-acre site on the University of Michigan campus designed to simulate a variety of different urban, rural and highway conditions self-driving vehicles might encounter.

The new, $22 million project takes the Toyota/Michigan link to another level.

“Toyota has long enjoyed an excellent working relationship with the University of Michigan, and we are excited to expand our collective efforts to address complex mobility challenges through artificial intelligence,” Pratt said.

(For more on Toyota’s involvement in MCity, Click Here.)

The three different areas covered by Toyota’s research program actually have close links. In particular, experts say tomorrow’s self-driving vehicles will need to have more human-like understanding of the world around them to be able to manage day-to-day driving duties. If anything, the lack of more human-like behaviors may have contributed to some of the minor crashes that have been experienced by some of Google’s autonomous prototypes, experts note.

“The challenges that TRI faces with autonomous cars will leverage our labs’ research into complex behaviors, like merging and understanding the intention of other vehicles from their actions,” said Edwin Olson, an associate professor of robotics at U-M who has worked extensively on autonomous technology.