Maker likely to blow through at least a third of its cash. 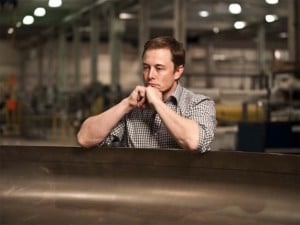 Barely two weeks after Tesla Motors CEO Elon Musk led a tour of the company’s new Gigafactory, it turns out that battery plant is running both late and likely over budget – something that is expected to worsen an already troublesome financial situation for the battery-carmaker.

Intended to be the world’s largest lithium-ion plant, the Gigafactory is already set to begin partial operation, and Musk last week boasted of plans to eventually boost output far beyond the original plans. But Tesla now says it spent nearly $120 million to prep the facility during the first half of the year with costs for all of 2016 expected to balloon to $520 million.

That’s one reason the carmaker’s cash reserves are fast on the decline. In fact, Tesla said it will have to lay out $1.1 billion, or about a third of its cash, during just the third quarter of this year. And with plenty of work left both on the Gigafactory and on the development of the Model 3 sedan, the financial pressures on the company are expected to grow more severe –especially in light of its unexpectedly sharp second-quarter loss.

First announced in 2014, the Gigafactory triggered a nationwide battle among states willing to cough up cash to win the $5 billion operation. It ultimately landed in Reno, Nevada. The first batteries are expected to begin rolling out of the facility this year for use in Tesla’s Powerwall backup system. Automotive battery production won’t launch until next year, in time for the launch of the much-anticipated Model 3, Tesla’s first mainstream electric vehicle. 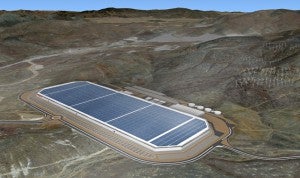 The Gigafactory won't be fully completed until 2018, by then covering 10 mil square feet.

The plant isn’t scheduled to be completed until 2020, but even by 2018 it is expected to produce more than 35 gigawatt-hours of batteries – equal to the entire world’s production in 2014.

(Click Here for a tour of the new Gigafactory.)

But bringing the factory on line, even with the help of battery partner Panasonic, has proved more challenging – and costly – than Tesla anticipated. In a statement, the company noted, “Given the size and complexity of this undertaking, the cost of building and operating the Gigafactory could exceed our current expectations and the Gigafactory may take longer to bring online than we anticipate.”

As of June 30th, Tesla had already laid out $431 million on the Gigafactory and with the planned spending for the rest of the year that should top $800 million – about what a traditional automaker might spend on a new assembly plant.

How soon the Gigafactory will begin paying off is uncertain, however. Providing batteries for the Powerwall battery backup system will help, but the critical step comes with the launch of the Model 3 sometime late next year – if Tesla, for once, brings a new vehicle to market on schedule.

At a starting price of $35,000, the Model 3 will help Tesla target a mainstream audience. By 2018, the maker has a target of producing 500,000 vehicles annually, the small sedan accounting for as much as 80% of that total.

Making money on a $35,000 electric vehicle  will require driving down battery costs sharply, a key goal of the factory.

The Gigafactory, however, isn’t the only reason why Tesla’s cash reserves are shrinking. The company reported a $293 million loss for the second quarter. On an adjusted, per-share basis, the loss was $1.06, compared to the $0.65 a share analysts had been forecasting.

Tesla also may face the need to repay at least $411 million in principle on outstanding debt. The end result would be shrinking its mid-year bank balance by at least a third, to $2.1 billion. Now factor in Tesla’s plan to spend $1.75 billion during the second half of this year on capital expenditures.

Despite such challenges, Tesla stock rebounded on Monday. It has been riding a rollercoaster in recent weeks, a number of analysts and investors particularly concerned about the company’s planned, $2.6 billion acquisition of solar panel installer SolarCity Corp.

(Click Here for the latest on the SolarCity deal.)

A separate challenge for Tesla comes in the form of several ongoing investigations into the May 9 crash in Florida that killed the driver of a Model S sedan operating in semi-autonomous Autopilot mode.

Tesla says it has received requests for information “from time to time” from both the National Highway Traffic Safety Administration and the National Transportation Board. Also looking into the company’s handling of the crash is the Securities and Exchange Commission. The SEC is looking at Tesla’s decision not to publicly reveal the fatal incident for nearly two months, until after a $1.7 billion stock offering took place.