Long-time leader moves on to “next adventure.” 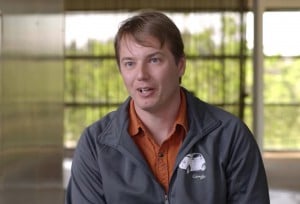 The face of Google's autonomous vehicle program, Chris Urmson, just announced he's leaving the technology giant for his "next adventure."

Google’s autonomous vehicle program has taken some big hits in recent days. Two of the project’s top engineers have reportedly left to work on a new start-up, but the biggest setback appears to come with the departure of Chris Urmson, the venture’s technology chief.

A pioneer in autonomous vehicle research at Carnegie Mellon University, Urmson joined Google in 2009 and was heading the program until John Krafcik, the former Hyundai Motor America CEO, took the helm a year ago.

“I’ve decided the time is right to step down and find my next adventure,” Urmson said in a blog post. “After leading our cars through the human equivalent of 150 years of driving and helping our project make the leap from pure research to developing a product that we hope someday anyone will be able to use, I am ready for a fresh challenge.”

Along with Urmson, a number of other autonomous vehicle team members have left Google in recent weeks. The New York Times reports that includes two key engineers, Jiajun Zhu and Dave Ferguson, both leaving to work on a new start-up project.

The move isn’t entirely a surprise to industry observers. There’s been an increasing degree of mobility in the auto industry, at large, and all the more so among high-tech start-ups. There has been a virtual revolving door among engineers and managers at places like Google and Tesla, as well as the newer Faraday Future and Apple, the latter still not formally confirming its long-rumored automotive venture.

While Google representatives declined to confirm the departure of Zhu and Ferguson, autonomous vehicle program chief Krafcik acknowledged the loss of Urmson, tweeting, “Chris is an incredible colleague & leader. Thank you for your passion & humility. Good luck on your new adventures!” 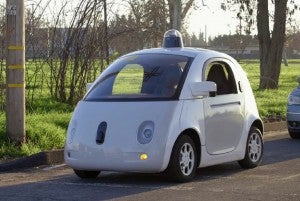 Google continues to expand its ongoing testing program for self-driving vehicles and its recognition as the leading autonomous vehicle company in the U.S.

Urmson was one of the pioneers in the field of autonomous driving, honing his skills while working at Carnegie Mellon University. The school won numerous early competitions with robotic vehicles, including one sponsored by the Defense Department’s DARPA division.

The military was an early advocate of the technology, seeing it as a way to send vehicles into battle while keeping soldiers out of harm’s way. But as the concept began to move from the realm of science fiction into every day reality, Google recruited Urmson in 2009 to head a then top-secret program.

“Seven years ago, the idea that a car could drive itself wasn’t much more than an idea,” Johnny Luu, a spokesman for the autonomous program wrote. “Chris has been a vital force for the project, helping the team move from a research phase to a point where this lifesaving technology will soon become a reality. He departs with our warmest wishes.”

It is unclear what Urmson’s “next adventure” will be. And whether he will move on to another field entirely or step into a competing autonomous vehicle program is yet to be revealed. Virtually every major automaker – as well as new entries like Faraday Future – is working on some form of self-driving technology. So are numerous automotive suppliers such as Continental Teves and Delphi.

There’s a broad consensus that the first fully self-driving vehicles will come to market sometime in the next decade. Nissan, for one, has promised to have its first entry in production by 2020. Vehicles using semi-autonomous technologies are already on the road.

Among the latter are Tesla’s Models S and X which feature the battery-carmaker’s Autopilot system. But a fatal, May 9 crash in Florida has underscored the challenges of making autonomous technology robust enough to handle all the situations human drivers cope with every day.

For its part, various Google prototypes have been involved in more than a dozen minor crashes, only one so far directly blamed on the Google vehicle, rather than the other driver.

It is too early to determine whether the departure of Urmson and other members of the tech firm’s team will have any impact on the autonomous vehicle project.

For his part, Google’s car chief Krafcik has said the company does not plan to go into vehicle production. Instead, Google wants to license its technology to automakers like Fiat Chrysler Automobiles. The two firms recently announced a pilot program that will see the Google autonomous software built into 100 of FCA’s new Chrysler Pacifica plug-in hybrid minivans.

The deal is not exclusive, and Google is talking with other potential partners – as is FCA. But Fiat Chrysler CEO Sergio Marchionne has indicated his firm may eventually use the Google system in a high-volume production model.