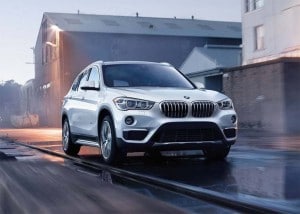 BMW delayed the launch of its various diesel models in the U.S. due to added testing, which they have passed.

Call it “Invasion of the Diesels: The Sequel.”

German automaker BMW AG received approval from the Environmental Protection Agency to sell diesel vehicles in the U.S. The maker’s engines were subject to a substantive review after it came to light that Volkswagen AG had been cheating on emissions testing with its diesels for more than a decade.

While VW recently reached a settlement costing them $14.7 billion to right its wrong, federal officials moved to ensure there would not be a repeat performance by other makers. Testing was rigorous enough to cause delay in BMW’s certification due to logistical issues.

“We tested the vehicles every which way from Sunday,” Chris Grundler, head of the EPA’s Office of Transportation and Air Quality, told reporters at recent automotive conference. “We asked for more data from the company.”

The approval is important because 6% of all BMWs sold in the U.S. are diesel-powered vehicles. Overall, diesels account for about 4% of U.S. vehicle sales annually.

The automaker that spurred the uptick in the toughness of the testing, VW, still hasn’t received permission to sell its 2016 models in the U.S. and hasn’t asked to go through the new process for its 2017 model either, according to Reuters. 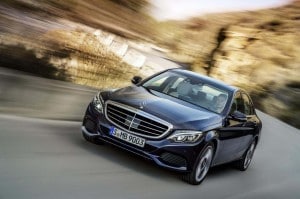 Mercedes BlueTec diesel vehicles still haven't been cleared for sale in the U.S.

In fact, the company has almost done a complete about-face on diesels since the scandal that saw its diesel engines spewing more than 40 times the legal limit of pollutants, has been pushing its electrification program heavily, including a claim that it will introduce 30 EVs by 2025.

In the meantime, another German luxury marque is in limbo about its new diesel models. The EPA has yet to approve Mercedes-Benz’s diesel engines for 2017 with Grundler telling reporters only “discussions continue.”

In late spring, the U.S. Justice Department asked Daimler AG to investigate its emissions certification process for potential problems. Ultimately, Mercedes-Benz has come under fire from those who claim it has also rigged some of its BlueTec diesel models.

Hagens Berman Sobol Shapiro, a Seattle law firm that has filed a number of automotive class actions in recent years has two separate lawsuits in federal court targeting Mercedes. The root of the suits is that Mercedes failed to disclose that its BlueTec diesels are “clean” when the engine warm, but “dirty” when not, according to court filings.

Daimler denied the claims in a statement, saying “We categorically deny the accusation of manipulating emission tests regarding our vehicles. A defeat device, a function which illegitimately reduces emissions during testing, has never been and will never be used at Daimler.”

So far, regulators both in the U.S. and Europe have said they’ve seen no clear evidence that any other automaker has intentionally used a so-called “defeat device,” software designed to detect when a vehicle is undergoing testing and then reduce emissions levels.

But a number of models appear to produce significantly higher levels of pollutants, notably smog-causing oxides of nitrogen, in real-world use. European makers aren’t the only ones feeling the sting of increased scrutiny.

Several General Motors vehicles were delayed, including the new Chevrolet Colorado and GMC Canyon diesel pickups for 2016, because of the tougher certification process.

(For more on Mazda’s diesel success in Japan and its delay in the U.S., Click Here.)

In the wake of the VW scandal, German officials put 30 models on a “short list” of vehicles that needed to be examined more closely due to high carbon dioxide emissions. The Opel Zafira model with a 2.0 CDTI engine was on the list.