Have US Auto Sales Hit Their Peak? 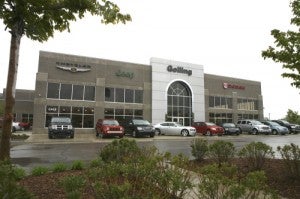 While no one's predicting a major downturn, some analysts are dialing back their auto sales forecasts.

It wasn’t supposed to be nearly as good a ride. Coming out of the Great Recession, which saw U.S. auto sales plunge to their lowest level in more than half a century, industry planners had expected to see only a modest recovery. But consumers defied expectations and raced to showrooms in record numbers.

Now, however, the good times may be over. While no one appears ready to predict another major downturn, several key analysts are dialing back on their sales forecasts for the coming years.

While the industry’s current, modest growth, “may go into part of next year, we’ve peaked,” said Dave Sullivan, a senior automotive analyst with the consulting firm AutoPacific, Inc. There are signs that much of the market has “already” leveled off, said Sullivan.

May’s unexpectedly weak sales offered a chilling indication that the boom years may be coming to an end, though June’s numbers were up about 2%. For the full year, AutoPacific anticipates Americans will buy 17.881 million new cars, trucks and crossovers, up from 17.406 million the year before.

But others aren’t that optimistic. LMC Automotive, for example, has issued an advisory cutting its forecast for all of 2016 by 300,000 vehicles, or 1.7%, to 17.4 million. And based on what it describes as the “recent plateauing of year-on-year sales growth,” the firm is reducing its sales estimates all the way out to 2023. 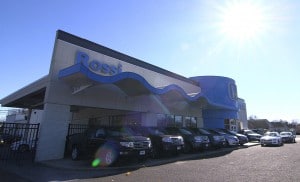 Dealers are unlikely to continue seeing the flood of shoppers that have been hitting showrooms in recent months, say analysts.

Significantly, LMC says it sees virtually all of the reductions coming on the retail – or direct to consumer – side of the ledger. It remains to be seen how manufacturers will react as the market softens. But during the past decades, automakers have typically responded to weak retail demand by boosting fleet sales, especially to daily rental companies.

There have been some increases in fleet sales in recent months, but some manufacturers insist they won’t continue playing that game. Notably among them is General Motors, which was one of the few makers to report an overall decline in June volume. Continuing its policy of shifting focus to retail sales – which were up 1% for the month – GM took a 22% hit to its fleet volume.

Recent months have seen some modest increases in incentives, but not the wholesale explosion of givebacks that were common in years past when sales started to stutter.

The industry has been taking “a much more conservative approach” this time, said analyst Sullivan. “It’s still fresh in everyone’s mind where we were not too long ago,” and what the industry did to worsen its own situation leading into the Great Recession.

One of the most significant differences this time can be seen at the manufacturing level. Despite the industry setting two consecutive years of record sales, carmakers have been reluctant to add new manufacturing capacity where it hasn’t been absolutely necessary. And much of what has been added either came in the form of upgrades to existing plants. Most of the all-new plants have been built in low-cost locations, such as Mexico.

(Click Here for details about an expected second-half surge in car sales.)

How much of a hit the domestic market will take over the coming years is far from certain. But there doesn’t appear to be any panic – at least, not yet.

“Our latest forecast now reflects the reality that the growth track that the US market has been on since 2009 has stalled and appears to be levelling off, but it does not necessarily signal that further contractions or an automotive recession is imminent,” said Jeff Schuster, senior vice president, Forecasting at LMC Automotive.

LMC actually believes auto sales might continue to rise, albeit at a barely noticeable rate, through 2023 when the number could top 18 million. It has, however, cut back on its forecast for each year through then.

That scenario could trigger a more aggressive response by manufacturers, whether to boost incentives, increase fleet sales or take other steps meant to hold onto market share.

(New vehicle sales regain some momentum in June. Click Here for the story.)

Either way, the likelihood is of increasing competition in a stagnant or modestly weakening U.S. market.