The most “American” car on the road? Toyota Camry

Want to buy American and keep it for a while? Go for a Ford.

For the second year in a row the Toyota Camry is the “most American” vehicle on U.S. roadways, according to Cars.com’s annual American-Made Index.

The index determines the most American vehicle based on factors such as American-made parts content, location of the final build and overall sales. In order to get on the list, vehicles must have at least 75% of their parts produced domestically.

This is the stumbling block for most vehicles. In fact, only eight vehicles made this year’s list, and five of the eight come from foreign nameplates. The last time an American vehicle topped the list was in 2014 when the Ford F-150 was top dog; however, less than 75% of its components are made in the U.S.

“After reaching an all-time low of just seven cars on the 2015 American-Made Index, this year’s list is up one car, but still remains much smaller than earlier indexes, when the list included nearly 30 eligible cars,” said Patrick Olsen, Cars.com editor-in-chief.

“The reason for the shrinking list continues to be the globalization of today’s automakers. While building the same car for all markets is better for an automaker’s bottom line, tracking just how American a car is has become more difficult because so few meet the criteria for our index.”

The top finishers for 2016 after the Camry, in order, are: Honda Accord, Toyota Sienna, Honda Odyssey, Honda Pilot, Chevrolet Traverse, GMC Acadia and Buick Enclave. The list is up from seven vehicles last year, which was the all-time low.

(When will VW start writing checks and answers to other important questions. Click Here to get them.)

Years ago, there were plenty of vehicles to be considered and the list was capped at 10 vehicles. Currently there are 42 U.S.-based automotive assembly plants, and 25 of those are Big Three facilities (Ford, General Motors and Fiat Chrysler). The remainder are split up among nine other automakers: BMW, Honda, Hyundai-Kia, Mercedes-Benz, Nissan, Subaru, Tesla, Toyota and Volkswagen.

However, if you grow the pool a bit, you get a different story. According to Experian, Jeep is the most American brand with 96.7% of Jeeps on the road today made in the U.S. To be clear, Experian’s measure of “most American” only requires the vehicle’s point of assembly be in the U.S.

(Click Here for details about all new Lincolns getting standard pickup and delivery.)

“With the number of vehicles on the road rising steadily, it’s a pleasant sign that a good majority are still being built in the United States,” said Marty Miller, senior manager, Experian Automotive. “While we continuously keep an eye on the economy, as well as the automotive industry, the fact that vehicles are being assembled in the country means that jobs are also being created and maintained domestically.”

Not surprisingly, the manufacturers with the highest percentage of U.S.-made vehicles currently on the road were Ford, General Motors and Fiat Chrysler, at 81.2%, 70.1% and 63.1%, respectively.

(What’s new for 2017? Click Here to check out all the upcoming models.) 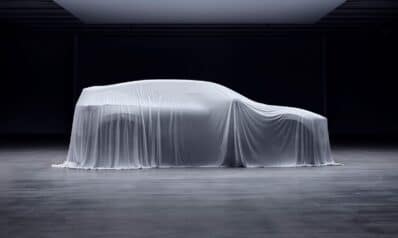 3 responses to “The most “American” car on the road? Toyota Camry”