Automotive Fuel Economy on the Rebound 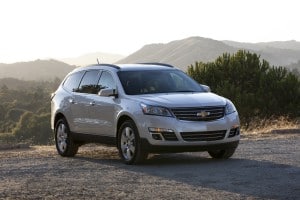 With the marketshare of truck and utility vehicles fast approaching 60% and gasoline prices at their lowest level in a decade, the fuel economy of the vehicles American drive is still improving, according to a new survey by the University of Michigan.

The average fuel economy or window-sticker value of new vehicles sold in the U.S. in May 2016 was 25.4 mpg—up 0.2 mpg from the value for April 2016, the UM’s Transportation Research Institute reported.

“This improvement likely reflects the increased price of gasoline in May, and the consequent increased interest in more fuel-efficient vehicles by buyers of all vehicle classes,” Michael Sivak, UM researcher, noted.

Meanwhile, the UM’s separate Eco-Driving Index —an index that estimates the average monthly emissions of greenhouse gases generated by an individual U.S. driver—was 0.84 in March 2016, up 0.03 from the value for February 2016. The lower the value the better, according to UM-s calculation. 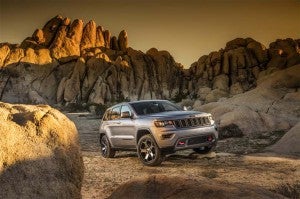 Jeep sales have climbing steadily month after month. The new Grand Cherokee helped FCA keep that trend up in May.

This value indicates that the average new-vehicle driver produced 16% lower emissions in March 2016 than in October 2007, but 6% higher emissions than the record low reached in both August 2014 and August 2015. The EDI takes into account both vehicle fuel economy and distance driven and incorporates data published with a two-month lag.

(Click Here for details about the rise in gas prices for the summer driving season.)

Meanwhile, the trend of larger crossover and sport-utility sales driving the market seems unlikely to change. Stephanie Brinley, an analyst with IHS Automotive, noted that more utility vehicles and trucks are scheduled to hit the road in next few months.

“SUVs continue to perform well, to the detriment of car sales, and generally brands with stronger SUV lineups are reaping the rewards,” she noted in a statement. “Despite a more difficult May, interest rates remain low and fundamentals solid.

(May auto sales declined due to fewer selling days. Click Here for the story.)

“Our full-year forecast remains at 17.8 million units, which is a 1.8% year-over-year gain. Several new-vehicle launches in April and May should contribute to brand performance the second half of the year, including Mazda CX-9, Honda Ridgeline, Cadillac XT5 and Maserati Levante, among others.”