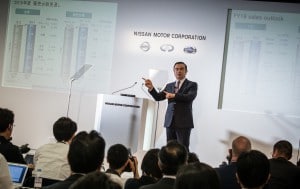 Nissan’s takeover of Mitsubishi, in some measure, reflects the company’s successful 2015: Nissan Motors reported revenue of $101.4 billion and an operating profit of $6.6 billion … in short, it had the cash to make the deal happen.

Those figures represent increases of 7.2% and 34.6% respectively. The company earned a 6.5% margin on those earnings and net income of $4.4 billion. Globally, Nissan sold 5.42 million vehicles in the period, a 2% rise year-on-year.

The positive financial news comes as Nissan moves to take control of Mitsubishi, Japan’s ninth-largest automaker, and do so at a bargain price. The recent fuel economy scandal rocking the maker cut its stock price in half, giving Nissan a cut-rate price on the stock. 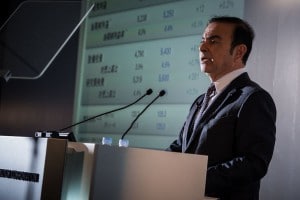 Ghosn is cautiously optimistic that Nissan's 2016 results will improve upon last year's.

Nissan and Mitsubishi already have a partnership where Nissan rebadges two “kei” cars built by Mitsubishi and sells them in the Japanese market. Nissan’s cautiously optimistic outlook for this year may only add fuel to that fire.

The automaker expects net revenue of $112.4 billion operating profit of 6.8 billion and net income of $5 billion. Additionally, Nissan expects to sell 5.6 million units in fiscal 2016, up 3.3% and equivalent to global market share of 6.3%.

Recently launched models including the Nissan Maxima, Altima, Titan pickup truck, and Infiniti QX30 are expected to contribute to global sales growth in the coming year.

“In the coming year, we will deliver further product innovation – particularly in autonomous-drive systems – and rising synergies from the Renault-Nissan Alliance,” Ghosn noted.

(Mitsubishi isn’t the only automaker under fire for bending the truth, Click Here for more on the industry’s ethical crisis.)

“Looking ahead, we expect continued improvement in Nissan’s underlying performance as we focus on the demanding goals of the Power 88 mid-term plan. However, we have adopted a cautious outlook for the current fiscal year given continuing market and exchange rate volatility.”