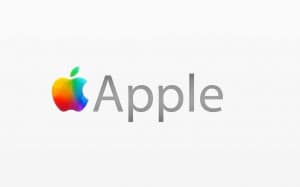 Apple invested $1 billion in China's Didi, a ride-sharing company that competes with UberChina.

Didi Chuxing Technology Co. said Friday it reached an agreement with Apple to make a strategic investment in the Chinese ride-hailing company, according to the MarketWatch.com. Didi also is significant investor in Lyft of San Francisco as is General Motors.

Earlier this year, GM invested $500 million in a strategic alliance Lyft. “We see tremendous potential in these technologies and the long-term benefits for our customers and communities around the world,” noted GM Chairman and CEO Mary Barra in the automaker’s “Sustainability” report.

Apple CEO Tim Cook has indicated that Apple is interested in taking a leading role in what is shaping up to be a significant shift in the car business. In addition, the revenue potential in the automobile business is too large for a company such as Apple to ignore, analysts suggest.

However, Apple has been tight lipped about its plans for the automotive sector, leading to speculation that it might be interested in finding a way to put its own brand name and logo on an electric or autonomous vehicle.

The new investment by Apple, a personal computer pioneer that changed several seemingly unrelated businesses from music to mobile phones with its innovation, is a major “coup” for the Chinese company in its battle with UberChina. In April, The Wall Street Journal reported that Didi, formerly known as Didi Kuaidi, was close to completing its latest funding round to raise more than $1.5 billion, with a valuation of more than $25 billion.

(Apple continues to hire top talent away from automakers. For more, Click Here.)

In China’s fast-growing market for ride-sharing, Didi and UberChina are locked in a fierce battle to attract riders and investors. Both companies are providing huge subsidies to drivers and riders to sign up for their services.

Didi dominates the country’s taxi-hailing market and has a larger share than UberChina in the private-car-hailing segment, though the two companies disagree on the exact figures, according to MarketWatch.

Meanwhile, the links between Silicon Valley continue to grow with the new partnership between Fiat Chrysler Automobiles NV and Google and Ford Motor Co. decision to invest $182.2 million in Pivotal, a cloud-based software platform company also headquartered in San Francisco

(Click Here for details about the strengthening ties between the auto industry and Silicon Valley.)

“Expanding our business to be both an auto and mobility company requires leading-edge software expertise to deliver outstanding customer experiences,” he said.

FCA CEO Sergio Marchionne is also predicting that the auto industry is on the verge of a technological revolution as he explained the Italian-American company’s new ties to Google.

Self-driving cars are coming and could be on the road within five years, Fiat Chrysler Automobiles NV chief executive Sergio Marchionne said Friday as outlined the reasons for the company’s partnership with Google

Marchionne declined to give any of the financial details behind the new partnership, which aims to place Google’s self-driving technology into 100 test vehicles from FCA.

“I see this as having tremendous use in real life. It’s not sort of ‘pie-in-the-sky,’ the thing is real and it’s coming – so we can’t stop this. Right? And I’m a lot more optimistic about the time of the introduction of this technology than some others,” Marchionne said. “People are talking about 20 years, I think we’ll have it here in the next five years.”