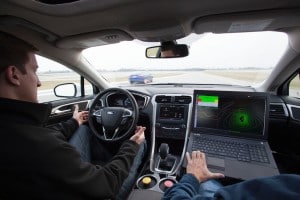 Self-driving vehicles may improve the mobility of baby boomers some day, if they learn to trust the vehicles.

While self-driving cars are expected to increase the mobility of aging baby boomers, but they are still skeptical about the technology that piloting those vehicles. Conversely, younger drivers are seemingly enthralled by the possibilities the cars represent, a new study finds.

Gen Y or “Millennials” between the ages of 21 and 34 and younger Gen Z, which is just getting driver’s licenses, have substantially more interest in automated driving, according to the 2016 edition of the Tech Choice Study that J.D. Power presented to the Automotive Press Association in Detroit.

“You often hear that younger people aren’t interested in driving. Maybe it’s just the Millennials don’t have the baggage about driving that Baby Boomers do,” said Kristin Kolodge, director of driver interaction and HMI at J.D. Power who supervised the study. “The just have a fresh perspective,” she said.

The research done by Power and others shows that Millennials prize convenience and time savings, including self-driving cars that allow them to handle other tasks, automatically catches their attention, Kolodge said.

In addition, trust in automation technology is very much age dependent, as younger consumers have a notably higher level of confidence in the technology than their older counterparts, according to the study.

However, younger consumers are quick to give a vehicle low marks if the technology is unresponsive or glitch prone, she said.

Kolodge said the influence of younger consumers from Generations Y and Z is steadily increasing. “Within the next two years, they are going to become the largest segment,” added Kolodge, who said the overall appeal of new technology is one of the things that will keep car sales humming. 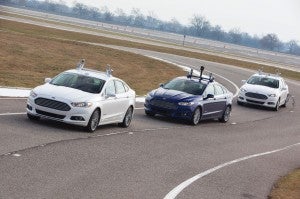 The study finds that customers are most interested in a number of automotive technologies that make use of the underpinnings of fully automated vehicles, such as radar, sensors, light detection and ranging and cameras. Features with high consumer interest include smart headlights, night vision, lane change assist, traffic jam assist, medical emergency stop, smart intersection and predictive vehicle control.

However, when it comes to making the leap to fully automated cars, trust in the technology is directly linked to the age of the consumer. More than half of Gen Y, or 56%, and 55% of Gen Z vehicle owners say they trust self-driving technology, compared with 41% of Gen X, 23% of Baby Boomers and 18% of Pre-Boomers in their 70s and 80s.

“Acceptance can be increased with exposure over time and experience with automated technologies. But trust is fragile and can be broken if there is an excessive number of incidents with automated vehicles,” she said.

The one view all generations share is a concern for technology security, specifically surrounding privacy and the potential for systems to be hacked, hijacked or to crash, added Kolodge, who noted she found that consumers knew about the threat of car hacking and the accidents involving Google’s self-driving cars.

Gen Y and Gen Z vehicle owners are twice as likely as Gen X and five times as likely as Boomers and Pre-Boomers to show interest in certain alternative mobility types, such as mobility sharing/co-ownership, journey-based ownership and mobility on demand.

Furthermore, the study finds that 59% of Gen Y vehicle owners say they are “definitely” or “probably” interested in fully automated vehicles and 32% of them would pay $3,000 or more for the technology. Among the four alternative mobility types, interest levels are highest among all generations for unmanned mobility.

When shown the fair market value for the technologies, interest in two of the four safety-related technologies on the top 10 list in terms of desirability — night vision at $2,000 and lane change assist at $1,500 — drop off the top 10.

The most desired features after the price is shown are economy navigation system at $60; simple wireless device connection at $60; camera rear-view mirror at $300; smart parking at $100; and predictive traffic at $150. Among the top 10 most desired technologies, self-healing paint has the highest price point at $500.

Night vision has the third-highest pre-price interest, with 70% of vehicle owners saying they “definitely would” or “probably would” want the technology in their next vehicle, yet drops to 23rd overall after owners are shown its $2,000 price tag. However, interest in night vision jumps to 36% from 16% when the price for this technology is reduced to $1,400.