The race to the top of the luxury heap heats up. 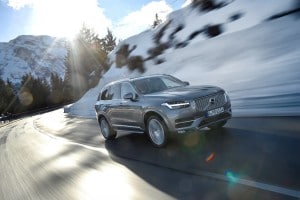 Volvo is looking to leverage its award-winning XC90 SUV to jump to the top of the luxury market.

With dozens of new models vying for attention of affluent buyers, the definition of a luxury vehicles continues to evolve.

Volvo used the New York International Auto Show, where the struggle for the attention of luxury buyers in very intense, to unveil the Volvo XC90 Excellence, where the seating is limited but the vehicle suggests that the race to deliver the ultimate luxury package is far from complete.

Volvo displayed the four-seat ultra-luxurious variant of the XC90 sport-utility vehicle, which was named North American Truck of the Year in January, as production begins in Gothenburg, Sweden. Only limited numbers of the XC90 Excellence will be available in the United States this summer, with an MSRP of $104,900, Volvo officials said.

The XC90 Excellence breaks new ground for Volvo, delivering a level of luxury, craftsmanship and comfort not previously seen in the company’s offerings. The driver and front passenger seats are duplicated to form the vehicle’s second row, fundamentally changing the car’s configuration.

Read our review of the best Volvo Extended Warranty options

The presence of Nappa leather and open-pore wood, a signature of the XC90 Inscription, is expanded throughout the interior while a partition isolates the passenger space from the cargo area. This ensures an ultra-quiet environment to enjoy the 20-speaker, 1,400-watt Bowers & Wilkins sound system. 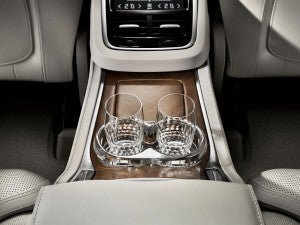 Volvo also released pricing of the widely-praised S90 luxury sedan, which is available for order beginning today at Volvo retailers and volvocars.com/us.

The well-equipped S90 T5 Momentum will start at $46,950. The T5 turbo-charged Drive-E engine provides 250 horsepower. A rich leather interior is standard, as is the award-winning 9-inch Sensus touchscreen and “Thor’s Hammer” LED headlights.

The S90 T6 AWD Momentum starts at $52,950. The 316 horsepower T6 turbo- and super-charged Drive-E engine is connected to an eight-speed automatic transmission and all-wheel-drive. In addition to the standard features of the T5, the T6 also includes heated front seats, a large driver information display area and dual integrated tailpipes as standard.

The Volvo S90 also will be the first car in the United States to offer semi-autonomous driving technology as standard. Volvo Pilot Assist allows the car to speed up, slow down, brake and steer at speeds up to 80 miles per hour.