Volvo Ready to Say Goodbye to the Car Key

And it’s not alone. Keys could go the way of the running board. 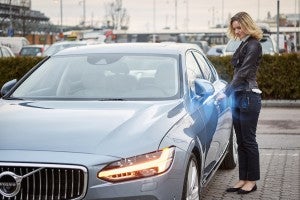 When the new Volvo S90 debuts, it'll be completely keyless and perhaps the start of a trend.

When the new Volvo S90 comes out next year, you may notice something missing: the car key.

Starting in 2017, the Swedish maker plans to eliminate physical keys, replacing them with a smartphone app. And Volvo isn’t likely to be alone for long. While traditional, metal keys have largely been supplanted by wireless keyfobs, even those could vanish in the near future, replaced by more functional apps – though those do pose some potential problems.

“Mobility needs are evolving and so are our customers’ expectation to access cars in an uncomplicated way,” said Henrik Green, vice president of Product Strategy & Vehicle Line Management at Volvo Cars.

Volvo plans to begin testing the new approach this spring through its car-sharing service, Sunfleet, which operates out of the airport in its home town of Gothenburg, Sweden. A limited number of vehicles will be set up to use digital smartphone keys.

Volvo already tested another digital system when, last year, it made it possible for some owners to have online shopping orders delivered to their vehicles. The delivery service could use a one-time digital code to unlock the vehicle’s trunk or tailgate. 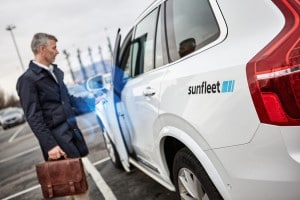 Volvo suggests the digital key could be a tool for owners who want to use their vehicles in so-called peer-to-peer car-sharing programs.

Going forward, Volvo suggests the digital key could be a tool for owners who want to use their vehicles in so-called peer-to-peer car-sharing programs like Turo, the recently renamed RelayRides.

“Our innovative digital key technology has the potential to completely change how a Volvo can be accessed and shared,” explained Green. “Instead of sitting idle in a parking lot the entire day, cars could be used more often and efficiently by whomever the owner wishes.”

There are still a handful of low-end vehicles that still use mechanical keys but, with increasing frequency, the digital keyfob is taking over, both to allow access to the vehicle and to start it up. There are a number of potential advantages, including the reduced likelihood of an owner inadvertently shutting the vehicle off while driving.

A poor ignition switch design made that happen repeatedly on a number of GM vehicles. The maker delayed by a decade the recall of 2.4 million vehicles equipped with the defective switches, ultimately resulting in more than 120 deaths. It has paid out more than $1 billion in fines and settlements to victims and their families.

Digital keys offer a number of other potential advantages, especially on high-tech vehicles. They can be used to unlock doors or start an engine remotely, for example. The smartphone app for the Nissan Leaf electric vehicle lets an owner check its state of charge, remotely start charging and, if the vehicle is plugged into a charger, pre-heat or cool it without drawing down the battery.

Ford has abandoned metal keys in favor of digital keyfobs on all models but for its two new vans, the full-size Transit and midsize Transit Connect.

Meanwhile, “The push-button start is something we’re evaluating putting across the portfolio,” General Motors CEO Mary Barra told members of the House Energy and Commerce subcommittee during a 2014 hearing on the maker’s ignition switch problem.

“Eventually, the key will go away,” forecasts Dave Sullivan, a senior analyst with consulting firm AutoPacific, Inc. He expects that only a handful of models – mostly base-level trucks – will continue to use conventional keyed ignition systems. 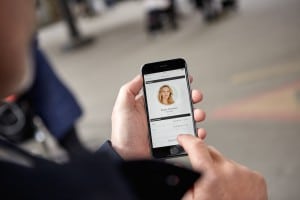 Starting in 2017, the Swedish maker plans to eliminate physical keys, replacing them with a smartphone app.

How quickly manufacturers will migrate from wireless keyfob systems to more advanced smartphone-based apps is far from certain.

Keyless ignition systems, in general aren’t a panacea. When it was struggling to deal with its unintended acceleration problems at the beginning of the decade, Toyota discovered that some motorists were unable to stop runaway vehicles equipped with push-button starters. It eventually advised owners to, “firmly and steadily push the button for at least three seconds to turn off the engine. Do NOT tap the engine start/stop button.”

Meanwhile, there is growing concern that hackers might be able to crack the code and start stealing cars equipped with keyless entry and ignition systems. But while that possibility has been demonstrated in the lab there have been no reports of that happening on the street – yet.

Though there are no known incidents of hackers using keyless systems to steal a car, the National Highway Traffic Safety Administration has called cybersecurity one of the biggest issues facing the auto industry in the years ahead.

Smartphone-based keyless systems face their own unique problems. For one thing, what do you do when you valet park your vehicle? You’re certainly not going to hand the attendant your smartphone. Volvo says you will be able to order an optional keyfob for such occasions.

On the other hand, the technology will permit future valet services that eliminate the attendant entirely. NHTSA last month gave BMW approval to test its autonomous valet parking system. The technology will allow a driver to exit the vehicle, press a button on the keyfob – or smart app – and have the car park itself. Later, the system could be used to call the vehicle to come pick up its passengers.

Tesla is working on a similar system and hopes to have it in production before the end of the decade.