Toyota’s U2 Concept Picks Up on Urban Lifestyle Trends 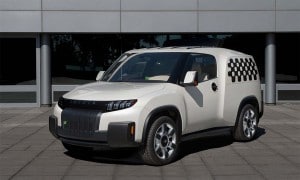 With the success of commercial van offerings from Ford and Nissan, Toyota may be following suit with the U2 Concept coming to the Chicago Auto Show.

Toyota could be the next automaker to target the resurgent market for compact commercial vans.

The maker gave a hint that was something it had in mind when it revealed images of its Urban Utility Concept in late 2014. Now, the Toyota U2 is finally set to make its public debut during the upcoming Chicago Auto Show.

“Toyota saw an opportunity for a new approach to an urban vehicle based on increasing re-urbanization of our cities and urban drivers’ desire for flexibility, fun and maneuverability,” said Kevin Hunter president of Calty, Toyota’s North American design studio, where the concept van was developed.

Toyota is by no means the only maker sensing opportunities in the compact commercial van market. Ford has struck a responsive chord with the Transit model that targets bakeries, florists, plumbers and other small business owners. Nissan, among others, has done well with the NV200 – which, among other things, was named New York City’s “Taxi of Tomorrow,” and is now entering the city’s vast cab fleet.

Toyota is actually dusting off the Urban Utility Concept for Toronto. It first revealed the vehicle during a private panel discussion hosted by Make magazine in September 2014, and then at the World Maker Faire, an event for do-it-yourselfers, artists and inventors. 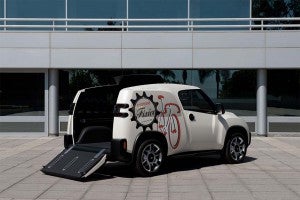 Toyota’s U2 Concept is based off the maker’s Urban Utility Concept from 2014. The commercial van market is heating up and Toyota may looking for a piece.

The concept vehicle fits into the mold of the new-generation compact commercial vans, though it has a somewhat sporty look, especially up front. That includes a spacious rear cargo compartment that could be configured for a variety of purposes.

Other features include a roll-back roof, fold-down tailgate with built-in ramp, and an interior rail system.

“As more products are developed expressly to appeal to Makers and their deep appreciation of design esthetic combined with open architecture and practical utility, we expect to see more trusted brands like Toyota take an unconventional approach to not only product development but their marketing and launch strategies,” said Sherry Huss, VP and co-founder of Maker Faire.

Toyota put the U2 on ice after the brief appearance in New York. The upcoming roll-out in Toronto suggests it might have some new plans in store for the concept, but for now Toyota isn’t saying whether it would put the prototype into production anytime soon.

That said, with the growth of the compact commercial vehicle market, such a move would be anything but a surprise.