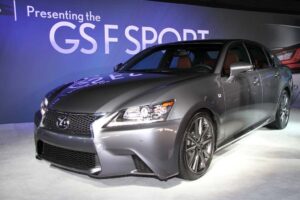 Two things seem to be true about the newest cars coming to market these days: they’re likely to have lots more high-tech features than the vehicles they replace. But they’re also likely to have more reliability issues, largely as a result of problems with those new tech features, according to J.D. Power’s 2016 Vehicle Dependability Study.

The VDS queried owners of 2013 model-year vehicles and found that, on average, dependability dropped 3% year-over-year. It found that one in five of the problems owners reported involved audio, communication, entertainment and navigation technology. Collectively known by the acronym ACEN, these systems are, collectively, the single largest source of trouble owners reported.

“The increase in technology-related problems has two sources,” said Renee Stephens, vice president of U.S. automotive research at J.D. Power. “Usability problems that customers reported during their first 90 days of ownership are still bothering them three years later in ever-higher numbers. At the same time, the penetration of these features has increased year over year.”

Couple the ongoing problems motorists face with high-tech gear along with the recent surge in vehicle recalls – which hit record levels two years in a row – and the auto industry is facing a crisis of confidence. That, in turn, has a direct impact on purchase decisions and brand loyalty, stressed Stephens. Among buyers who’ve experienced no vehicle problems, 55% are likely to remain brand loyal. That slips to 41% after an owner experiences three or more issues.

(Cause finally found for exploding Takata airbags. Click Here for that breaking story.) 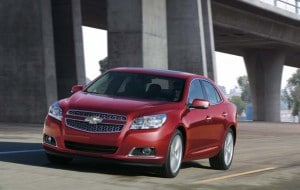 The 2013 Chevrolet Malibu was one of GM's eight individual segment winners.

Longer-term, reliability issues also mean consumers may be less willing to embrace the new semi- and fully-autonomous vehicle technologies that are beginning to work their way onto the market. The first true, self-driving models are expected to be in production by 2020.

While the number of reported problems has increased in the latest Power Vehicle Dependability Study, a few things carried over:

In something of a surprise, however, General Motors managed to nab eight individual segment wins with products such as the Buick Encore, Chevrolet Camaro and GMC Yukon. Toyota took six segment honors for products including the Lexus GS and Toyota Sienna.

General Motors has been steadily improving in quality and reliability, according to J.D. Power surveys from the last several years.

But that’s in sharp contrast to the reliability ratings reported by Consumer Reports this week. The non-profit put Audi and Subaru at the top of its annual Automotive Report Card. The ratings, which take into account road tests as well as owner feedback, found Detroit makers scoring mid-pack, at best.

(Click Here for more on the CR Automotive Report Card.) 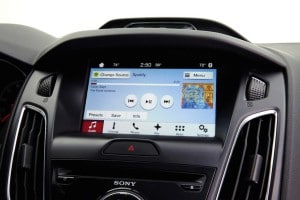 Problems with high-tech infotainment systems, such as Ford's Sync, have been a constant source of headaches for motorists.

Two of the most frequent complaints involved Bluetooth systems that failed to pair with a motorist’s phone, and voice recognition systems that couldn’t understand verbal commands.

Power researchers concluded that fundamental design issues were behind seven of the 10 most frequently reported reliability problems – and 39% of problems overall.

While high-tech issues have become increasingly common, the new Power VDS finds that mechanical issues continue to be less frequent. On average, the number of engine and transmission problems owners reported dropped by 7.5%.

The 2016 Vehicle Dependability Study’s results are based on surveys filled out by 33,560 original owners of 2013 model-year vehicles.

(Click Here to find out which are the cheapest – and most expensive – vehicles to insure.) 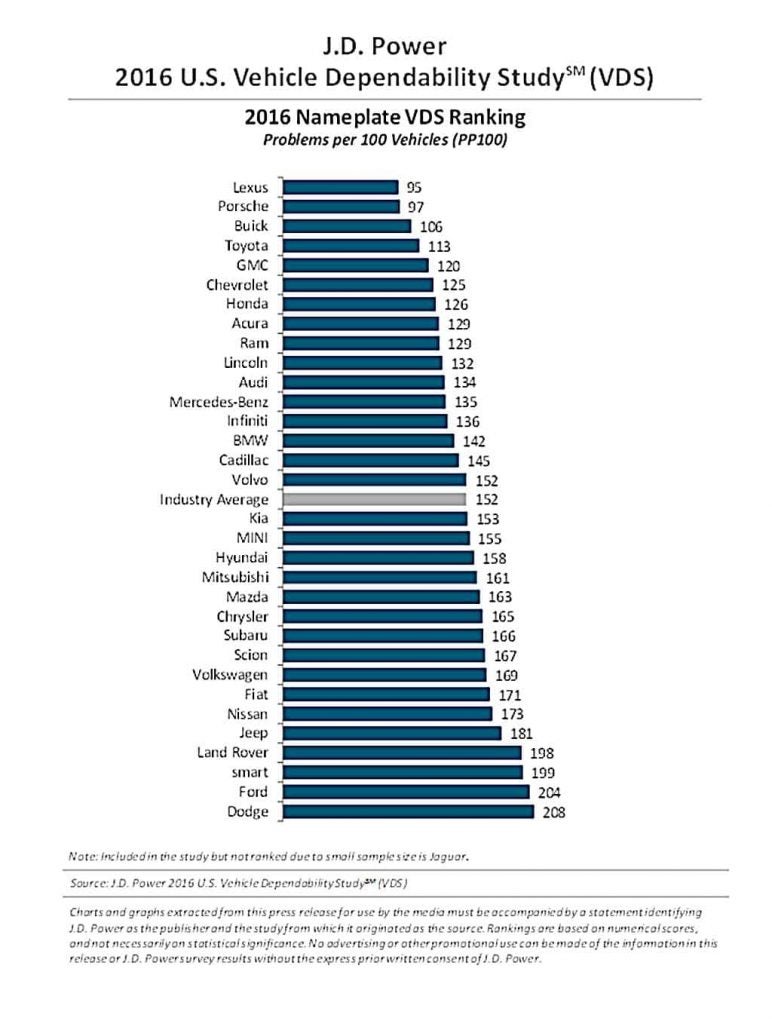